Can you answer these multiple choice questions about the geography of the British Isles?
Quiz by Quizmaster
Rate:
Featured Quiz
Last updated: June 29, 2020
More quiz info >>
Quiz and answer stats >>
Friends stats >>
4:00
The quiz is paused. You have remaining.
Scoring
You scored / = %
This beats or equals % of test takers also scored 100%
The average score is
Your high score is
Your fastest time is
more stats >>
friends stats >>
Keep scrolling down for answers and more stats ...
1. Which of these cities is furthest north?
London
Canterbury
York
2. What generally, but not always, did a settlement need to have to be granted official city status in Great Britain?
A strategic military location
A cathedral
An annual fair
3. True or false: There are glaciers in Great Britain.
True
False
4. Which city is on the river Thames?
Oxford
Cambridge
Edinburgh
5. Which of these countries is closest to Great Britain?
Belgium
Denmark
Canada
6. Which of these islands is part of Wales?
Isle of Wight
Anglesey
Isle of Skye
7. If you dug directly through the center of the Earth from London, where would you emerge?
near China
near Mexico
near New Zealand
8. Which of the following is a nickname of Aberdeen, Scotland?
Cottonopolis
Granite City
The Venice of the North
The Big Smoke
9. What does the flag of the Isle of Man look like? 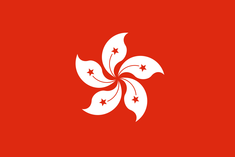 10. What is the name of the counties which surround London?
The Home Counties
The Near Counties
The Central Counties
11. Where do Cockney accents come from originally?
London
Yorkshire
Manchester
Cornwall
12. What is the term for people from Liverpool?
Liverpoolites
Liverpudlians
Liverpoolers
13. Many places in Great Britain end in the suffix "Chester". Where does this name come from?
A French term for hill
A Viking term for valley
A Roman term for fort
14. Which of the following types of landscape is not closely related to the others?
Bog
Heath
Fen
Marsh
Marshes, bogs, and fens are all wetlands. Heaths are not.
15. How do most people commute to work in the UK?
Walking
By car
Public transit
Cycling
68% travel by car. Just 18% use public transit. Source.
Quizmaster
+16
Level ∞
May 13, 2020
The last question is solely for correcting the misconceptions of Americans. I couldn't help myself :)
PrettyTiedUp
+11
Level 65
May 13, 2020
How do you think we travel to work out of interest? I really hope you all think we get around using silly walks.
Quizmaster
+28
Level ∞
May 13, 2020
American liberals think Europe is a socialist paradise where everyone takes the train.

American conservatives think Europe is a socialist hellhole where everyone takes the train.

Djilas
+2
Level 79
May 13, 2020
And both ignore the diversity (particularly regarding trains) about as much as Europeans ignore US diversity.
roleybob
+9
Level 75
May 14, 2020
I didn't know they thought that of us.

Public transport in the UK is expensive and very badly run (and largely privatised - at least the rail service - these days so it's only public transport in terms of who can use it, not who owns it). Other European countries manage to run far more efficient services with far cheaper ticket prices - I don't know why we are so bad at it :-(

Besides, taking the train in Germany (which a few years back subsidised its train system four times more than the UK) made me really appreciate the efficiency of the UK system. It's just dreadful there.

idontkn1
+1
Level 85
Jun 29, 2020
That was probably my biggest shock the first time I went to Germany 15 years ago and every subsequent time I've been since then. Wife is half German and have a grandmother in law who is still alive so the entire family goes every couple of years. We've looked at taking the train to difference places and even after car rental, 7/8 dollar a gallon gas and parking costs in the central part of the city, it's still significantly cheaper than taking the train for a family of four. We really want to take the train to Hamburg from outside Frankfurt to go the model train museum and we just can't pull the trigger when a mid sized station wagon is half the price.
brandybuck96
+2
Level 79
Dec 30, 2020
I'm British and I went for public transport, for some reason I figured that the proportion of people located in London would really skew the stats, and also I don't drive so I guess that makes me biased
roleybob
+1
Level 75
May 6, 2021
N7er - Public transport should be very heavily subsidised. I haven't been to Germany for quit a few years so can't say what it's like now but don't remember it being bad
WanderingWalrus
+8
Level 73
May 13, 2020
Given that this is a new quiz in lockdown, surely the answer should be 'by staying at home'
ing
+1
Level 72
May 13, 2020
To be technically correct and match your plural answers, the question should be "people from Liverpool".
Quizmaster
+1
Level ∞
May 13, 2020
Okay
scrumpyone
+2
Level 46
Jun 29, 2020
Scousers
Sifhraven
+3
Level 67
May 14, 2020
Your plan to trick people seem to have worked! I have never seen an answer so low in these types of quizzes, usually lowest is around 60% this one is currently at 33%!

btw non-americans can fall for it too, I did. (but partly since you added it as a question, thinking if the answer would be car the question wouldn't be on here. And maybe partly cause I am naive haha, and actually I didn't read througoughly, was thinking more of london than the entire UK. Because if I would have thought about the entire UK no way I would have answered Public transport.)

It is, however, part of the British Isles, which is presumably why it's in this quiz about British geography. It fits.

JonOfKent
+1
Level 49
Feb 2, 2021
It's not part of Britain, but that doesn't mean it's not British. Even the Falkland Islands are British.
WiReDZephyr
+1
Level 34
Jul 7, 2020
maybe as it it a crown dependency
Froststar101
+1
Level 69
Jun 29, 2020
Margaret Thatcher may or may not have said that anyone on a bus over the age of 25 is a failure, but the fact that she even might have said that was enough to guide me to the right answer.
JackintheBox
+2
Level 73
Jun 29, 2020
In the description you wrote 'the Britain Isles'. Shouldn't it be 'the British Isles'?
Quizmaster
+1
Level ∞
Jun 29, 2020
Can't believe that no one pointed that out before. Fixed.
Jarris
+4
Level 49
Jun 29, 2020
As a lifelong Londoner, the last question caught me out hook, line and sinker! Of course the rest of the country don't suffer on the tube every day!
PjotrL
+3
Level 71
Jun 29, 2020
The difference between London and the rest of England is striking (data happens to refer to England, rather than other parts of the UK): https://www.citymetric.com/transport/can-you-really-get-work-without-using-public-transport-commuters-most-england-already-do
tzhg
+3
Level 61
Jun 29, 2020
I'd rather "suffer" the Tube than a polluting, dangerous and expensive car.
FlickerP
+1
Level 57
Mar 30, 2021
It isn't the car that is dangerous, it tends to be the drivers. If I lived in London then I would take the tube. However, living in a rural area it takes me 25 minutes to drive to work whereas public transport would take hours and I would still have to walk the last mile or two
ML363
+2
Level 47
Jun 29, 2020
People from Liverpool are called Scousers..
Quizmaster
+4
Level ∞
Jun 29, 2020
Apples are fruit. Apples are also red. These things are not contradictory.
RogerMellie
+2
Level 27
Jul 1, 2020
They are both Liverpudlians and Scousers. Given only one option is available, then we're good.
kalbahamut
+3
Level 82
Jun 29, 2020
I thought they got most places by prancing around banging coconut halves together.
RogerMellie
+4
Level 27
Jul 1, 2020
Nah, this is the 21st century. Now we walk down the path while pretending to drive a car, going "beep beep" and doing an exaggerated steering motion with out hands.
MaxStickies
+1
Level 75
Dec 29, 2020
I prefer to get two swallows to fly me to places.
EcceHomo
+2
Level 70
Mar 11, 2021
African or European swallows?
busby
+1
Level 50
Sep 27, 2020
I would describe Cockney rhyming slang as a separate language or dialect spoken with an East End accent.
Countries of the World Quiz
US States Quiz
NFL Football Teams Quiz
World Capitals Quiz
Fast Typing A to Z
Fast Typing 1 to 100
Africa Map Quiz
12 Months in 15 Seconds
Country Flags Quiz #3
Middle East Map Quiz
Countries that Start with P
North American Pro Sports Teams
2000s Catchphrases
General Knowledge Quiz #9
Brand Logos Quiz #2
Random
Top Today
Geography
Geography Multiple Choice
Multiple Choice
United Kingdom
Western Europe