We put various animals head to head with each other in a series of stand offs! Can you select the correct animal in each scenario?
Quiz by Stewart
Rate:
Featured Quiz
Last updated: January 22, 2021
More quiz info >>
Quiz and answer stats >>
Friends stats >>
4:00
The quiz is paused. You have remaining.
Scoring
You scored / = %
This beats or equals % of test takers also scored 100%
The average score is
Your high score is
Your fastest time is
more stats >>
friends stats >>
Keep scrolling down for answers and more stats ...
1. Which of these is flightless? 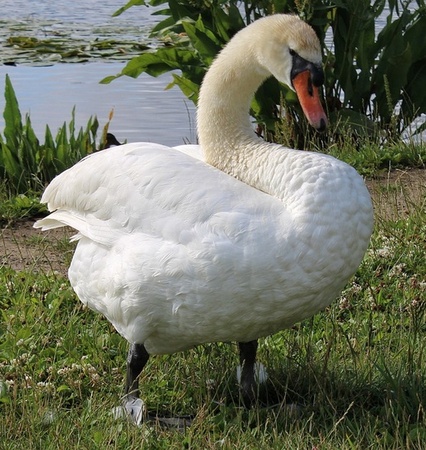 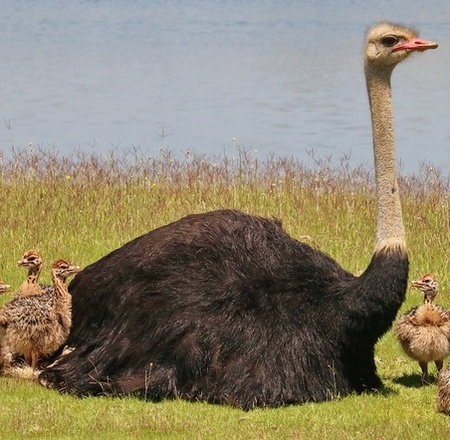 ✓
The ostrich is flightless, while swans can fly hundreds of miles if necessary
2. Which of these went extinct earlier? 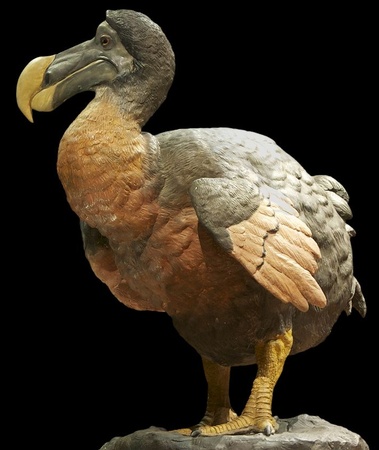 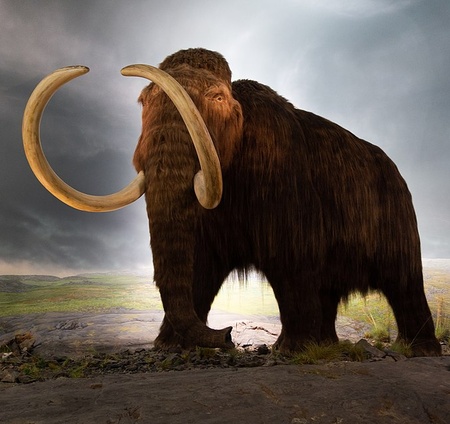 ✓
Woolly Mammoths went extinct around 4000 years ago, while Dodo birds were last seen in the 17th century
3. Which of these lives a shorter life (on average)? 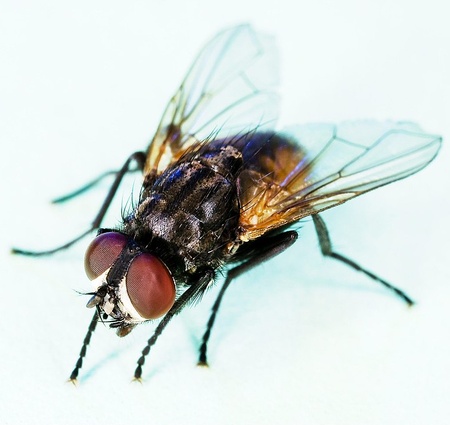 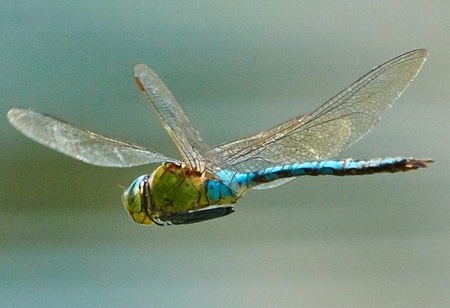 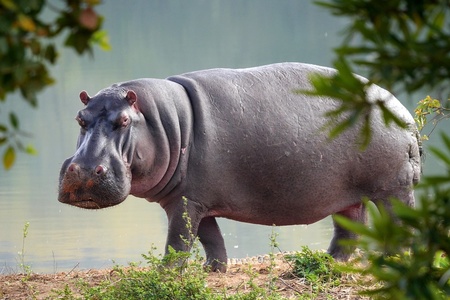 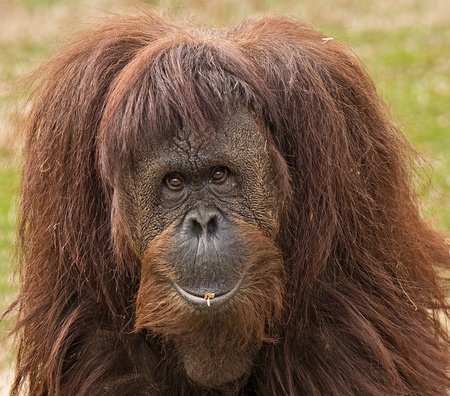 ✓
Hippos are considerd "vulnerable" while Orangutans are "Critically Endangered"
5. Which can live to an older age? 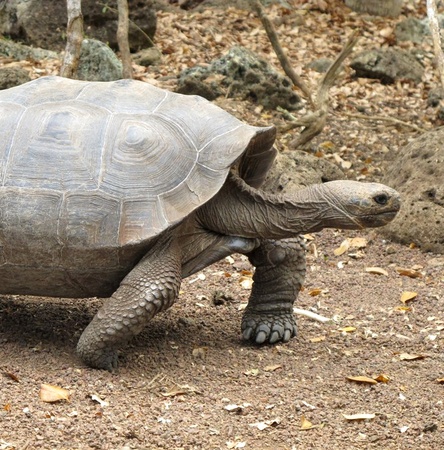 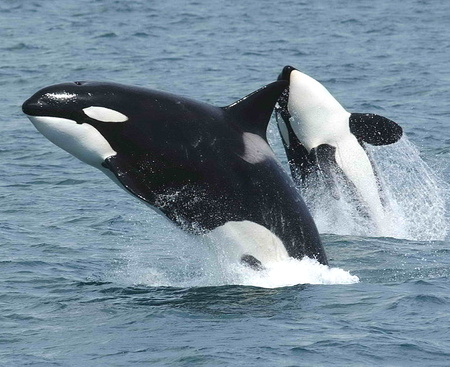 ✓
Galápagos tortoises have lived up to 177 years, while orcas only live to around 80
6. Which is more numerous in total, ants or fish? 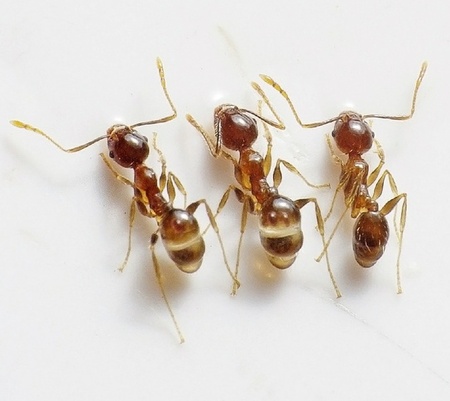 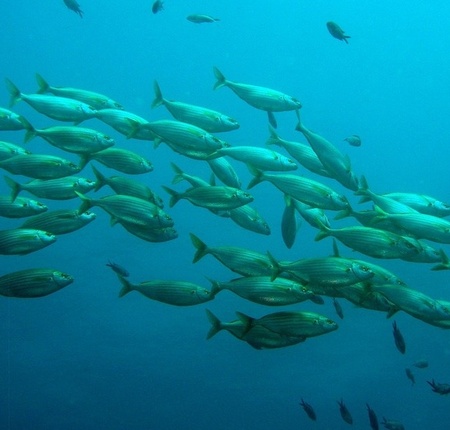 ✓
There are an estimated 10 quadrillion ants in the world, whilst best estimates put the total fish in the world at around 3.5 trillion
7. Which of these is a mammal? 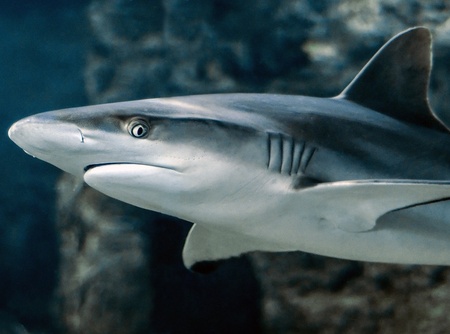 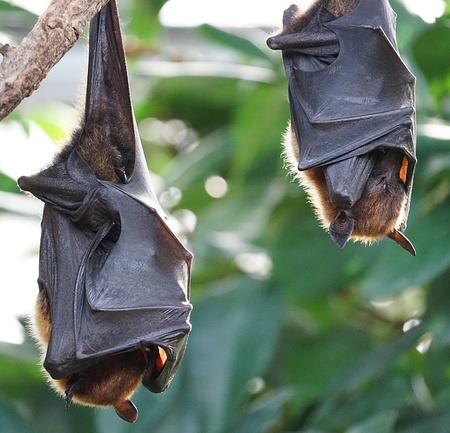 ✓
All sharks are considered fish, while bats are the only mammal capable of sustained flight
8. Which of these has a longer gestation period? 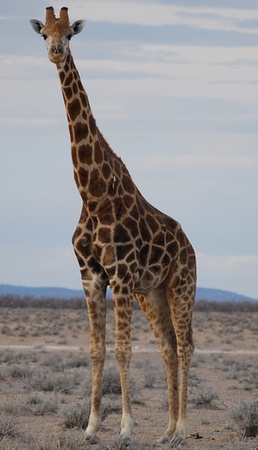 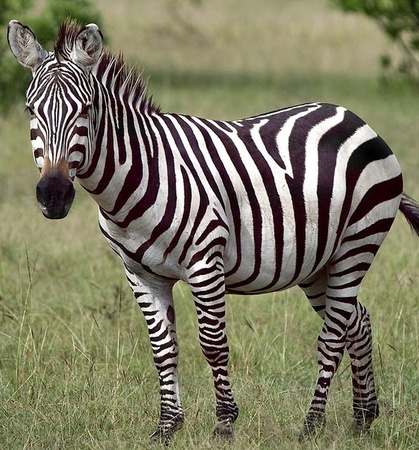 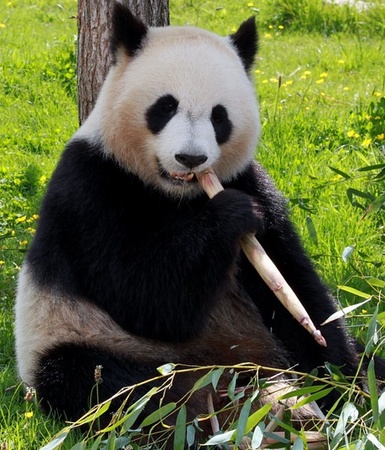 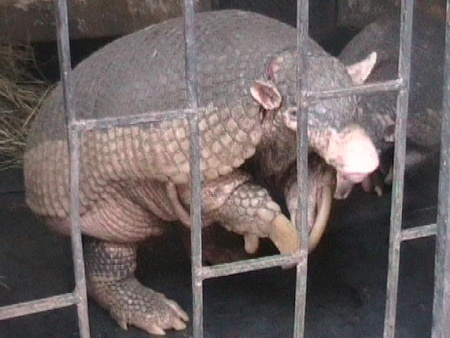 ✓
Giant Armadillos sleep for around 18 hours per day, while Giant Pandas sleep for only a few hours each day
10. Which of these is a type of fish? 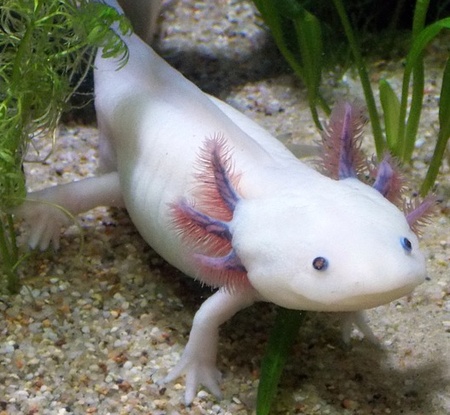 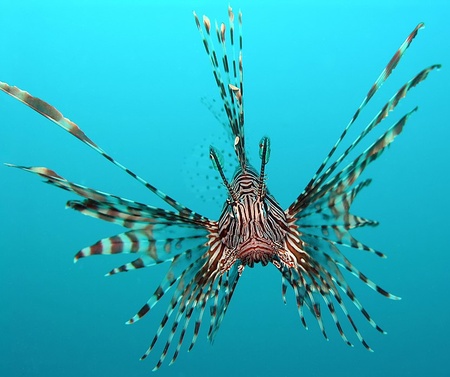 ✓
Whilst being known as "walking fish", Axolotls are actually amphibians, whereas a Red Lionfish is a type of fish.
11. Which of these is primarily nocturnal? 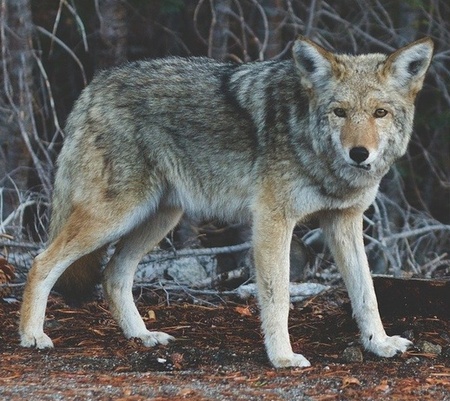 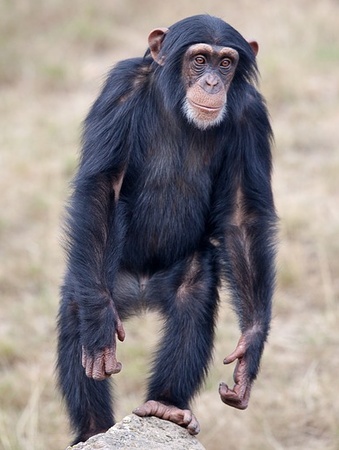 ✓
Wolves are primarily nocturnal predators, whereas Chimpanzees, much like (most) humans, are diurnal animals
12. Which of these has more than one heart? 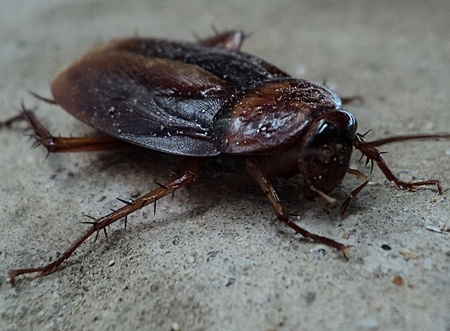 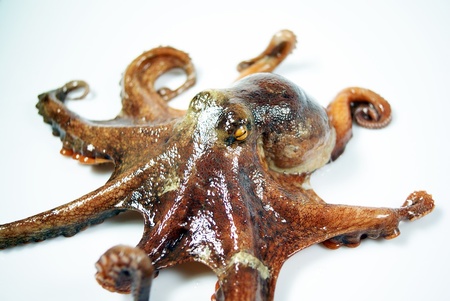 ✓
An Octopus has 3 hearts. Cockroaches were believed to have 13 hearts, but it is in fact a single heart divided into 13 chambers.
13. Which of these is poisonous to humans? 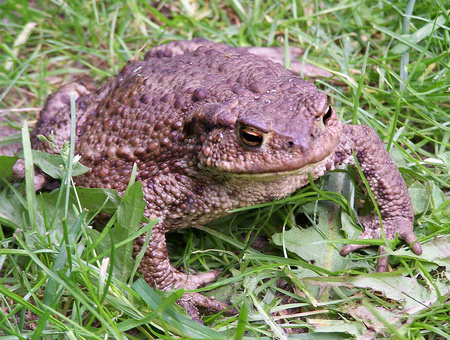 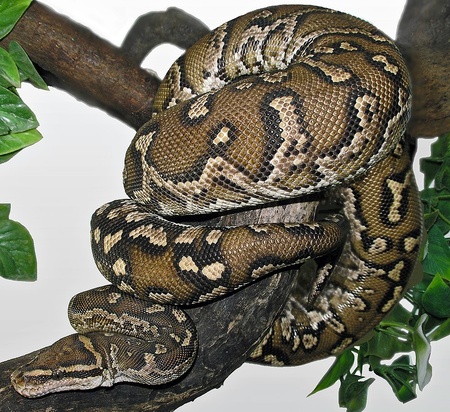 ✓
A common toad has enough toxins in its skin to be lethal to humans. However, most snakes are venomous not poisonous, and so a Python (shown) is neither.
14. Which of these is not a type of bear? 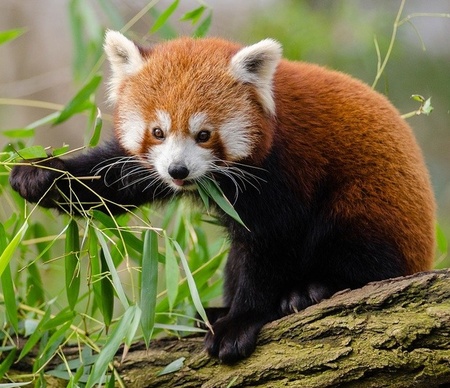 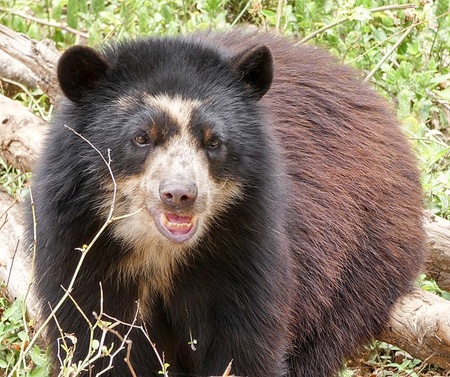 ✓
The Spectacled Bear is a type of bear. However the Red Panda, despite their name, are not actually related to Panda bears and are actually a type of their own distinct from bears.
15. Which of these lives in the Arctic? 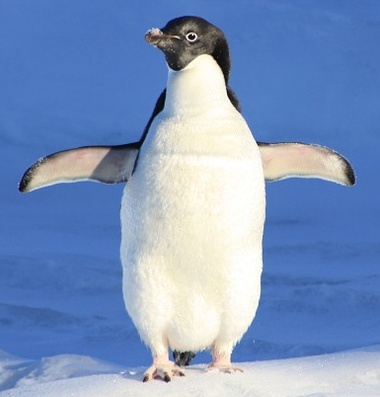 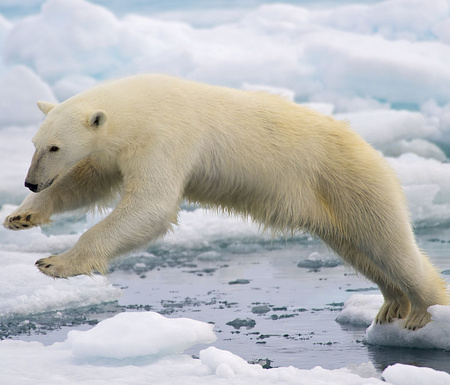 Nitpicking, the explanations for #12 and #13 are a little bit awkward. Both could do with a full stop or semi-colon before the word "while".

Sure, sure....I'm feeling a bit woozy here myself.

The first question should be "Which of these IS flightless." You use the singular in each of the following questions.

bibohbi
+1
Level 50
Jul 6, 2021
I wonder if there will ever be a day when ants go extinct.
MiecraftMan
+1
Level 56
Jul 6, 2021
Well duh. The sun won’t last forever. (sun blows up in the background)
FSLiudger
+1
Level 60
Jul 6, 2021
Of course the Pinguinus impennis lived in the northern hemisphere. ;)
Newroadgirl
+1
Level 68
Jul 6, 2021
Thank you Stewart - big fan of your quizzes.
luxint
+2
Level 63
Jul 6, 2021
Nice one. Thanks. How interesting that the sleep question is such an outlier,
jayrod
+1
Level 88
Jul 6, 2021
Ugh. Read that as "type of bear" instead of "NOT a type of bear".
loganite
+1
Level 86
Jul 6, 2021
I did the same thing...could have sworn it said "Which of these is a type of bear."
ClutchNferno
+1
Level 58
Jul 6, 2021
I was tricked into thinking the dragon fly was a may fly for quite a while there. :)
ornei
+1
Level 59
Jul 6, 2021
Huh, I had heard dragonflies only live a few days.
FolgoreCZ
+2
Level 60
Jul 8, 2021
Adult dragonflies can live from a week to two months. Flies about one month. But flies go from larvae to adult in just a couple of days, while dragonflies can be in their larvae (nymph) stage for up to 5 years.
FatSpartanJediLlama
+1
Level 59
Jul 7, 2021
Wow I didn't really know about toads being poisonous
Feech
+1
Level 44
Jul 10, 2021
great quiz - thank you
MrBizzaros
+1
Level 57
Aug 10, 2021
Wow, I got all of them in one go! I'm surprised that lots of people didn't know that armadillos sleep for a long time
QuizApe
+1
Level 56
Aug 20, 2021
I believe that the wolf photograph is actually of a coyote.
Jeremy
+1
Level 73
Nov 29, 2021
That was my first thought too, though I'm not sure. Either way, it doesn't change the question since coyotes are primarily nocturnal.
FloodedHouse
+1
Level 50
Jan 26, 2022
missed the sleep question
dogla305
+1
Level 57
May 9, 2022
14 correct because I thought the arctic was Antartica :(
Countries of the World Quiz
US States Quiz
Random Capital to Country
Fifty US States in One Minute
12 Months in 15 Seconds
U.S. Presidents Quiz
World Capitals Quiz
Countries of the World with an Empty Map
Biggest Countries by Area
NBA MVPs Quiz
100 Most Common English Words
Digits of Pi
Brand Logos Quiz #2
12 x 12 Multiplication Table in 2 Minutes
Random Countries on the World Map
Random
Top Today
Head to Head
Next >>
Animal
Head to Head
Multiple Choice
Nature
This or That