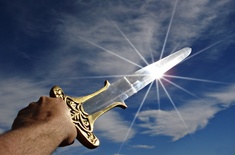 The Tales of GrandOldLand #1: The Conquest of Canada

Hello, this is the story of how the historic empire GrandOldLand came to be! So, listen carefully and don't be afraid!

Note: This is a fictional story inspired by GeoSmartKirbyXD

British Columbia: Some mayor of a city within our province gave hostile threats! What do you guys think I should do?

Ontario: No one cares!

Quebec: No one cares! Stop bothering us!

Alberta: Send some spies over there or something. I don't know.

Two weeks later in GrandOldCapitol...three spies are crouched over a hill with binoculars...

Spy 1: I really need to go to the bathroom!

Spy 3: Guys! An army is drilling directly below us...

(All look down and hold their ears out)

Spy 2 (Gasping): How is this possible...they appear to be speaking in code.

(Spy 3 waits for them to look at him quizzically. He then proceeds to pull his firearm out of his belt and shoot Spy 2.)

Tony: Alberci! NOOOOOO!!!! How could you do this Charles...

(A look of hurt and betrayal crosses his face. Charles shoots him as well.)

Translation: Well done, Charles! You are a great double agent!

Alberta (Shocked): This can only mean one thing. This town needs to be burnt down to ashes. We should gather our troops.

British Columbia: Why so soon?

Alberta: We sent three spies out there. Two were murdered, and they showed no sign of resistance...the third was a double agent, and we have no idea how many more lay within our trusted positions.

American states are in a meeting discussing the latest news. Colorado is on his phone, while Michigan is literally passed out on his chair.

Virginia: Let's involve ourselves for no apparent reason.

Massachusetts: Good idea! Who's side do we pick?

New York: But what about...

Massachusetts (Licking his lips anxiously): He does have a point.

Washington (Angry): THERE AREN'T NO CORN DOGS IN TORONTO!!!!

Georgia: Get a hold of yourself.

Florida: Quintuple Jinx! You owe me your electoral college votes!

California: Anyways, I think we all can agree that we have to side with Ontario and Quebec so as not to disturb the holy corn dogs of Toronto.

British Columbia: Darn! They have American troops! No fair!

Alberta: We need backup immediately then. Saskatchewan! Will you help us defeat Ontario and Quebec? Please?

Saskatchewan: Fine, but only if Manitoba helps too.

Manitoba: Sure, I guess.

Ontario: What are you guys doing? Completely unfair, using others.

British Columbia: Says the guy who has the biggest army in the world allied with him

Quebec: The rule does not apply to the rule makers! Nova Scotia, New Brunswick, Prince Edward Island, Newfoundland. Will you help us?

Newfoundland: Why'd you say me last. I used to be my own nation! But yes, U will support whatever weird cause you guys have.

New Brunswick and Prince Edward Island: We'll do our best to help.

Northern Canada: Before you ask, we ain't helping anyone. Even if we did feel like this stuff mattered, we would only be able to give you guys a couple packages of yams.

GrandOldLand (In a booming voice from behind): Hello, foolish beings. None of you will win your silly war.

Alberta: Saskatchewan! He captured all of British Columbia while we were distracted!

GrandOldLand: How easy it is to turn you guys against each other. Do any of you even know Eastern Canada's motive?

GrandOldLand: They just wanted some quiet without you guys bothering them all the time. Atactcha, va vesa foré!