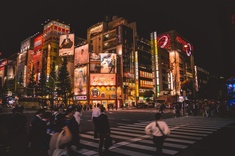 "Napoleon has asked that we support him in the war, or at least supply him," QuizzerBro1 said. "What should we do?"

"Well I think we need to learn a little more about the whole situation before we choose a side," QuizzerBro2 replied.

"Well, no one said we had to choose a side"

"So you think we should adopt a neutrality policy?"

"Kind of. What I'm suggesting is that we can remain neutral but at the same time choose both sides."

"That's genius! We can supply Napoleon, but also supply thegoatisgoaty, and our economy will become even greater!"

Someone knocked on the door of the QB's shared chamber.

Nguvu, the head of the Palapyan intelligence agency, opened the door and walked in.

"What is it?" QB2 asked. "Have you found anything important?"

"Yes," Nguvu answered. "We have been in contact with our agents stationed across the globe. They have told us of the unusual and suspicious movements of a man called Bykarbe Soder mostly around the Middle East in places like Sana'a, Riyadh and Jerusalem, but more recently in Tokyo as well."

"And who is this man? What relevance does he have to our initiative?"

"Well our agents in Tokyo were able to obtain a biometrical scan of Mr Soder. That scan found out that Bykarbe Soder is actually a fake name that he uses for any transaction that may be traced. His true identity is Sultan Viniga, of the now fallen Viniga Sultanate."

"Sultan Viniga? Didn't we supply the Veggie Caliphate in their 'preventative' attack that caused them to capitulate?"

"Yes sirs, we did. And for this very reason, the intelligence agency finds his suspicious activity and false identity alarming. We believe he is up to something - possible something quite sinister - but we cannot be sure."

"Do you have any leads?"

"Just one. During Viniga's time spent in Tokyo, we were able to capture footage of his interactions with two other people. Our biometric scans on them were able to uncover the identity of one - a Korean man named dovewing who is one and the same as tigerheart who ruled the now fallen Korean Empire. However, our scans were unsuccessful in identifying the other, who was a woman, but other than that, we have no further leads on her."

"Viniga and tigerheart conspiring together. That can't be good. I'm thankful for you bringing this to our attention Nguvu. Is there anything else you are here for?"

"With your permission, sirs, would I be able to enhance our mission in spying on Viniga and dovewing, to try and discover their true motives?"

"You have our permission, Nguvu."

"Thank you emperors. That is all. I will leave you now. Thank you again for your time."

"No, thank you, Nguvu. Your work is essential to our great empire's wellbeing."

"Do you think it is time?" QB1 questioned.

"Perhaps Nguvu's cause could use some assistance. If he discovers any threat posed by Viniga, dovewing or the unidentified woman that was with them in Tokyo, I think we should ask them what they are actually up to. Personally."

QuizzerBros
+1
Level 62
Aug 8, 2022
Also remember this isn't technically canon, although I don't think anything I've written so far is contradictory to the DOTJE storyline.
McKenzieFam
+1
Level 57
Aug 8, 2022
Good one bros!
McKenzieFam
+1
Level 57
Aug 8, 2022
We sure are getting a lot of the DOTJU lately! its great
Geopro
+1
Level 60
Aug 8, 2022
Yes they are quite good!
QuizzerBros
+1
Level 62
Aug 8, 2022
Thanks!
User Blogs
:: QuizzerBros's Blog
:: This Blog
Countries of the World Quiz
US States Quiz
U.S. Presidents Quiz
Europe Map Quiz
World Capitals Quiz
Countries by Borders in 90 Seconds
Countries of the World with an Empty Map
Countries by First Two Letters in 90 Seconds
Countries that Start with M
Word Scramble - Countries
Find The Mystery Country Using Color Clues - Randomized!
Countries of Asia Quiz
Biggest Countries by Population
Fresh Prince of Bel-Air Lyrics Quiz
Countries that Start with G
Random
Top Today
Save Your Progress
Story