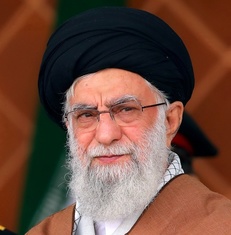 Countries without a president or king

I once made a quiz called Unique titles of heads of state, which lists all the countries which have something besides a president or a king/queen. Here's a post to explain these unique titles in more depth.

There are also 17 countries with a queen: one is Denmark. The other 16 are all members of the Commonwealth Realms, which Elizabeth II is leader, and therefore head of state of all member countries which includes; Antigua and Barbuda, Australia, Bahamas, Barbados, Belize, Canada, Grenada, Jamaica, New Zealand, Papua New Guinea, Saint Kitts and Nevis, Saint Lucia, Saint Vincent and the Grenadines, Solomon Islands, Tuvalu, and of course United Kingdom.

Now we get onto the interesting examples:


There have been many countries led by emperors throughout history, such as China and Ethiopia, but Japan is the only empire left in the world today. Japan is like many other constitutional monarchies where the emperor once governed the country directly but over time and now serves as a purely symbolic/ceremonial position with no actual power to govern.


Luxembourg is another example similar to Japan. Instead of an emperor it has a Grand Duke, which is a ceremonial position. There have been other grand duchies in the past such as Finland, Lithuania, and Tuscany. Luxembourg became a grand duchy in 1815, and is the only grand duchy left in the world today.


Liechtenstein and Monaco are both tiny microstates in Europe. They are monarchies, but instead of a king they have a 'prince'. These tiny countries are remnants of a time where there were once many principalities, which generally were allied with or subservient to larger kingdoms. There are two ceremonial principalities as well; Asturias in Spain, and Wales in the UK.


The leader of an 'emirate' is called an emir, an Arabic word used to refer to a king or aristocratic noble. There are many emirs in the Middle-East, such as in Saudi Arabia. The United Arab Emirates is a federation of seven different emirates, but the head of state uses the title president, and functions as a sort of high-king of the emirates. There have been other emirates of Arabic speaking states, but Qatar and Kuwait are the only independent states left ruled by an emir.


Similarly to emir the word sultan derives from Arabic, and is a title that has been used by numerous Muslim states in the past. It derives from an Arabic word meaning 'strength' or 'authority'. Sultan is similar to king, but more specifically has a religious significance as well as political. Some countries have changed the title of their leader from sultan to simply king, to emphasise a more secular nature to the role such as Morocco. Today there are many sultans in Malaysia who rule sub-divisional states, but the only two countries left that are ruled by sultans are Oman and Brunei.

In practice, whether they hold the title emperor, grand duke, prince, emir or sultan, they basically fulfil the same function as a king/queen, whether as a constitutional monarch or an absolute monarch, the title they use is simply different due to historical circumstances. Naturally the title of a king/queen varies depending on the language of their country anyway.

Some examples:
In Norway the king is known as konge
In Spain it is rey
In Arabic speaking kingdoms the king is malik
The king of Tonga is called tu'i
The king of Eswatini is ngwenyama, translating as 'Lion'
The king of Bhutan is the Druk Gyalpo meaning 'Dragon King'

But there are still some countries whose leader is not simply a king with a different name, they have an entirely different setup altogether.


San Marino is quite special because its head of state is called 'capitani reggenti', or captain regent in English. And there is not just one, but two captains regent. This is a rare instance of a country having two leaders instead of just one, and derives from the custom of the ancient Roman Republic, which was ruled by two consuls. In fact the captains regent were originally called consuls when the roles were founded in the early 13th century. The names and roles of the title changed gradually over time. Today the role of the captains regent is mainly symbolic.
The captains regent must be from San Marino, and are elected every six months (they are changed every 1 April and 1 October). You can be captain regent more than once, but not within the space of three years. In 1972 women were allowed to become captain regent. Since then, through this unique system, San Marino has technically had more female heads of state than any other country, 17 in total so far.


Like San Marino, the tiny nation of Andorra has two heads of state, each called a co-prince. Unlike San Marino, Andorra's co-princes come from outside the country. One comes from Spain, the other comes from France. These are not princes like for Liechtenstein and Monaco, the co-princes are appointed rather than hereditary positions. But this system derives from the ancient tradition of Andorra once being controlled jointly as a condominium by powers from either side of its territory.
Nowadays, whomever is appointed the bishop of the Catholic diocese of Urgell on the Spanish side of the border becomes one co-prince, and whomever is elected president of France becomes the other co-prince. They hold the titles of co-prince ex officio to their primary title.
The powers of the co-princes are largely symbolic. Andorra has a parliament led by a prime minister actually from within Andorra. Andorra is one of only a few countries with more than one head of state, and the only country with two heads of state that don't actually even come from within that country.


The Federal Council of Switzerland is a body of seven people, who collectively serve as the head of state of Switzerland. But this council also has a president (and vice-president), who has particular roles and functions within the council. This position rotates every year between the president and the vice-president.


Sudan is another special case. Its current head of state is, like Switzerland's, a collective body called the Sovereignty Council, composed of 11 people. Since Sudan's independence in 1956, the Sovereignty Council has ruled Sudan several times in its history. It was reinstated as head of state during a transitional period following the overthrow of the brutal dictator Omar al-Bashir in 2019. The transitional period is scheduled to end in November 2022, where (theoretically) Sudan will be led by a president again.

Bosnia and Herzegovina - Chairman of the Presidency


Another example of a multi-member body jointly serving as head of state, Bosnia and Herzegovina has three presidents all at once. The constitution states that one president must be a Bosniak, one a Croat, and one a Serb. They each take it in turns to be chairman of the presidency.


The pope is elected by the College of Cardinals to lead the Catholic Church, but he also then becomes the head of state of the Vatican City. In this capacity his title is 'Sovereign', which functions in practice as an elected absolute monarchy.


The head of state of Malaysia is called Yang di Pertuan Agong, which means "He Who is Made Lord". Unlike many other monarchies, Malaysia is a federal elected monarchy. There are several states in Malaysia, nine of which are led by hereditary rulers (usually called sultans). Any of these are eligible to become Yang di-Pertuan Agong, which in a sense acts like a high-king, similar to the president of the United Arab Emirates. One of them is elected to the post by the others. The term lasts five years, and in theory one can serve more than one non-consecutive term.
Cambodia is also an elected monarchy, but functions differently to Malaysia. The king is chosen from any of the male descendants of the incumbent king and the post is for life.


If you thought Yang di-Pertuan Agong was a mouthful, then try Samoa's head of state; O le Ao o le Malo, which translates as 'Chieftain of the Government'. Samoa had been traditionally led by tribal chiefs, the Paramount Chiefs of the four main lineages of Samoa called the Tama-a-Aiga. The four paramount chiefs were known as:
ducklingpanda1245
+2
Level 48
Jun 15, 2020
Wow, very odd but cool.
Gassu
+2
Level 72
Jun 15, 2020
Great blog!
GeoPhilia
+2
Level 56
Jun 15, 2020
Awesome blog! I enjoyed reading it.
CringeDragon
+2
Level 70
Jun 16, 2020
Yes, another Helvetica blog! This was an interesting read, thanks.
Nikhaz
+2
Level 73
Jun 16, 2020
Excellent blog post! I learned a lot. Looking forward to more blogs from you!
HelveticaBold
+2
Level 69
Jun 16, 2020
Aw thanks guys. If you ran your own country what title would you take?
GeoPhilia
+3
Level 56
Jun 16, 2020
Hmmmm.... What about God?
HelveticaBold
+2
Level 69
Jun 16, 2020
Hmmm, might be pushing it a bit, remember Caligula tried that and they didn't appreciate it.
toowise
+2
Level 70
Jun 17, 2020
Very well written and very informative. Thanks for making it !
georgewashington
+1
Level 55
Jul 10, 2020
Awesome! I enjoyed it
Countries of the World Quiz
US States Quiz
Random Capital to Country
Fast Typing 1 to 100
U.S. Presidents Quiz
NBA Basketball Teams Quiz
World Capitals Quiz
Fifty States in One Minute
Countries that Start with L
2000s Catchphrases Quiz
Most Popular NBA Jerseys Quiz
Disney Animated Characters Quiz
Countries that Start with U
Island Countries Quiz
Countries of Europe - One Minute Sprint
Random
Top Today