Irony can be more or less defined as: a phenomenon happening in a way contrary to what is expected, and typically resulting in wry amusement. There are some interesting examples observable in some of the great feats and moments in human history.

The death of Qin Shi Huang

Qin Shi Huang (pronounced chin-shee-hwong) lived in the 3rd century BC, and was the first emperor of China. The legacies of his life remain entrenched in the fabric of China to this day.

He unified warring Chinese states and consolidated the Chinese empire which would endure in one form or other for over 2,000 years. He created the foundations of important economic systems such as currency, and writing/language systems. He also made China into a regional power, greatly strengthening its infrastructure, road networks, and military. The most distinct of his legacies include extensive fortified walls, and his colossal mausoleum Mount Li, impressive enough to rival the Great Pyramids of the Egyptian Pharaohs. Residing within it were the equally impressive army of Terracotta Warriors, life-sized sculptures depicting over 8,000 warriors, and several hundred horses and chariots, hidden away from the world for thousands of years, and only being re-discovered in 1974.

His lasting legacies were not limited to the physical realm. Even the very name 'China' in English comes from his family name Qin.

For all these great accomplishments, and more, Qin Shi Huang is seen as a mighty progenitor of the Chinese nation and state, and one of its greatest rulers. However, his great works came at a huge human cost, as his empire was built on the backs of many slaves workers. Qin Shi Huang was a strong proponent of the doctrine of 'Legalism', a Chinese system of governance where very harsh punishments were meted out for even minor offences, and forced labour was one of the most often used such punishment. It is possible that upward of a million slaves died creating his mighty walls and monuments.

What's ironic about him?

Qin Shi Huang lived in a time where people believed in sorcery, and, as the emperor, he would have been regarded as an almost godlike figure. Suitably his greatest wish was to become immortal and rule his empire forever. He went to desperate measures to cheat death, including sending envoys in search of mythical trees growing on the heavenly Penglai Mountain, whose fruit could grant immortality. A meteor supposedly landed in China bringing the message that the emperor would die and his empire would crumble. Qin Shi Huang had the meteor destroyed. He then tried to defy the prophecy by consuming the 'Elixir of Life', an alchemical potion believed to bestow immortality unto those who consumed it. But instead, soon after drinking the elixir, Qin Shi Huang died.

The Elixir of Life, which would be used for centuries in China, usually contained rare and valuable substances such as cinnabar, mercury, and arsenic. Unbeknownst to Qin Shi Huang, these ingredients were highly toxic, and a large enough dosage would easily be lethal.

The great irony of Qin Shi Huang is that the elixir he drank to live longer was the very thing that killed him. But a further irony is that many subsequent emperors also consumed similar elixirs to prolong their lives, and suffered the same fate, clearly having failed to learn from the mistakes of their predecessors.

Race to the South Pole 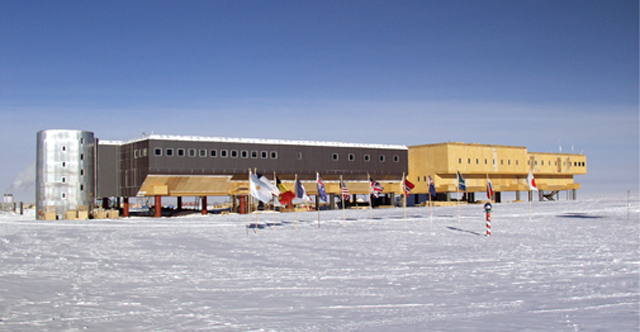 Reaching the South Pole would be a far more perilous feat, and to make matters worse Amundsen had a rival who sought to get there first: he was the British explorer Captain Robert Falcon Scott. He had explored Antarctica before, and already made attempts to reach the South Pole, coming very close. The pressure for both explorers was really turned up, as now the journey to the South Pole became a race. It wasn't just a race for personal glory, national pride was at stake as well.

Both Amundsen's and Scott's expeditions endured unimaginable conditions as they journeyed across the most inhospitable continent on Earth. Altogether their expeditions, including preparation, travelling to Antarctica, and the actual journey to the South Pole itself, would take years.

Amundsen won the race when his team arrived at the South Pole on the 14th December, 1911. Captain Scott, along with four of his team, reached the pole a mere 33 days later. Though both Amundsen and Scott achieved the same impressive feat, they would have very different fates:

However, Captain Scott never made it home. On the return journey from the South Pole one of his team, Edgar Evans, became deathly ill and passed away. Within the following month Scott and the remaining three men of his team were caught in a blizzard, where temperatures reached -40º C. They had already endured extreme conditions up until that point, suffering from severe frostbite, scurvy, and hypothermia. One of Scott's team, Captain Lawrence Oates, was debilitated by agonising frostbite on his feet. They hunkered down in a tent, hoping to endure the blizzard until it passed, but unfortunately they succumbed before the blizzard subsided. The four men died merely 11 miles from one of their depots. Had they reached it they may have survived.

Some months later, in November 1912, a search party found the tip of a tent pole sticking out of the snow. They dug under the snow to find the remains of Captain Scott and two of the others; Edward Wilson and Henry Bowers, in their tent. Captain Oates was nowhere to be found. Had the tent been buried completely by snow we may never have discovered the fates of the men, but Captain Scott made great efforts to document everything that happened in his journal.

From Scott's journal writings it was discovered that Captain Oates, feeling that his particularly bad condition was holding up the others, sacrificed himself by leaving the tent and wading out into the blizzard to give the others a chance. Captain Scott also wrote of how proud he was of his entire team, and his final entry clearly indicated how he and the remaining two men realised their fates had been sealed.

Captain Scott's diaries were possibly the most significant element of his expedition to the South Pole.

But the real irony lies in the legacy of the race to the South Pole. Amundsen may have been 'the winner', in that he not only reached the South Pole first, but he returned home safely. Captain Scott, on the other hand, fell short of winning the race, and then lost his life on the return journey. It is generally believed that Amundsen was much better prepared for the journey than Scott, as he used more suitable supplies and methods to endure the harsh conditions. He was also viewed as a better team leader than Scott, who was seen as much less well-prepared. Scott has also been criticised for pushing his team too hard, and relying more on luck than skill to reach the pole.

Nonetheless, the legacies of the two men would be quite different. Captain Scott became a national, even a worldwide hero, while Amundsen faded into obscurity.

If Captain Scott had one skill it was writing. His diaries documenting the weal and woe of his expedition were published and became sensational. His powerful entries about the stoicism and courage of his men in their arduous expedition, especially in the face of certain doom, were seen as indelible examples of the Great British spirit. In particular the sacrifice of Captain Oates for his fellow men was cited as the ultimate example of courage. Only two years later the world was plunged into the Great War, and Scott's writings were used as sources of inspiration for British troops, who, like Scott and his men, faced great hardship with steely determination and bravery. Truly Captain Scott and his men would become archetypal figures of heroism and patriotism, and remain so to this day.

Conversely the legacy of Roald Amundsen was lamentably far less glorious. Amundsen never truly enjoyed the recognition he deserved for his great accomplishment within his own lifetime. Bitter British journalists accused Amundsen of cheating, of being cruel to the animals in his expedition, and of journeying to the South Pole for personal glory rather than for the greater good, like Scott. He would then literally vanish from existence: in 1928 he flew to the Arctic as part of a search mission. His plane vanished into thin air, and he was never seen again.

A must read on this subject is 'South Pole' by Catherine Charley, a book in the excellent series 'Double Take'.

It is believed that millions of people are direct descendants of Genghis Khan, founder of the Mongol Empire (one of his most well known feats was fathering several hundred children). It is also believed that he was responsible for killing at least as many people during his brutal reign.

The irony here is that Genghis Khan, attributed with such a staggering death toll, was also responsible for giving life to so many people.

The Tudor Era is a plethora of ironies, here are some of them:

Apparently in 1967 the actor Sean Connery, famous for portraying James Bond, was fined for speeding. The police officer who caught him was named Sergeant James Bond.
KingEureka
+7
Level 50
Jul 4, 2020
Great Blog!
GeoPhilia
+1
Level 56
Jul 4, 2020
Excellent Blog! In a Famous Hindi Film, called Dangal, there is a dialogue, अगर सिल्वर जीति तोह आज नहीं तोह कल लोग तन्ने भूल जावेंगे ... गोल्ड जीति तोह मिसाल बन जावेगी ... और मिसालें दी जाती है बेटा, भूली नहीं जाती (If you won Silver, then not today but tomorrow, people will forget you... But if you won Gold, then you will become Precedent... And Precedents are given, not forgotten.) The South Pole Race proved this dialogue wrong.
HelveticaBold
+1
Level 69
Jul 5, 2020
How interesting, thank you for that. I always find the South Pole story very poignant and moving, even as I re-read it.
toowise
+5
Level 70
Jul 5, 2020
Excellent blog, very informative. We need more like this !
GeoPhilia
+3
Level 56
Jul 5, 2020
+1
HelveticaBold
+3
Level 69
Jul 5, 2020
Thank you so much. I'll try to make more. I love the blogging feature, it's a great way to express creativity. Don't stop blogging :-)
NINJAQKk
+2
Level 57
Jul 7, 2020
That was a fun read. Loved this blog!
Countries of the World Quiz
US States Quiz
World Capitals Quiz
Countries of the World with an Empty Map
Fifty States in One Minute
Countries by First Two Letters in 90 Seconds
East Asia Map Quiz
Africa Map Quiz
Countries that Start with U
General Knowledge Quiz #9
Random Country to Capital
Planets of the Solar System Quiz
Countries that Start with C
Biggest Cities in the World Quiz
Most Popular NBA Jerseys Quiz
Random
Top Today