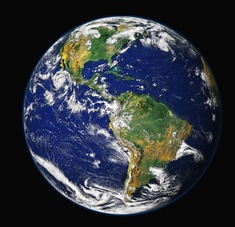 Top 10 Most Controversial Countries (on Jetpunk)

Geography is by far the most popular quiz tag on Jetpunk, and much like geography in real life, it is a very complicated and controversial subject. No end of disputes continue to plague the international politics of our society, and the comments sections of our quizzes.
Just when you thought you'd mastered the most fundamental principles of geography on Jetpunk, such as naming all of the countries of the world, there's always someone to throw a spanner into the works and totally shift the balance of common understanding of human geography. Such anomalies to the norm are usually based on obscure, complicated or unique circumstances, and have caused a great number of divisions in the Jetpunk community. However, these schisms are not always the kind you might expect to see being discussed at a UN conference.

Forget separatism in Georgia, forget the North Korean nuclear programme, forget Kosovo, Taiwan or Kashmir, and don't even get started on the Israel/Palestine thing. Here are 10 geographical disputes that actually matter (according to many Jetpunkers anyway):

What's the problem with Denmark? Denmark is an otherwise quite innocuous country, but it's main point of contention is how large it is. By some measures Denmark is quite a small country (about half the size of Maine) but by other measures it's one of the biggest countries in the world (almost as big as Algeria). Why? Because of Greenland.

But Greenland may only be the tip of the iceberg when it comes to controversial countries. However large Denmark is, there are other disputes that make the whole argument just seem petty.

Sri Lanka is in fact connected to India via a very thin strip called 'Adam's Bridge'. This bridge is actually formed by a chain of limestone shoals (rocky ridges) across the Palk Strait. It is recorded as being a solid strip of land that was traversable on foot until the late 15th century, but has since broken up and eroded gradually. In a literal sense Sri Lanka does share a border with India, but it's not traversable. As far as I can make out, the thin strip would make it near impossible to walk between the two countries, and it is forbidden to try. 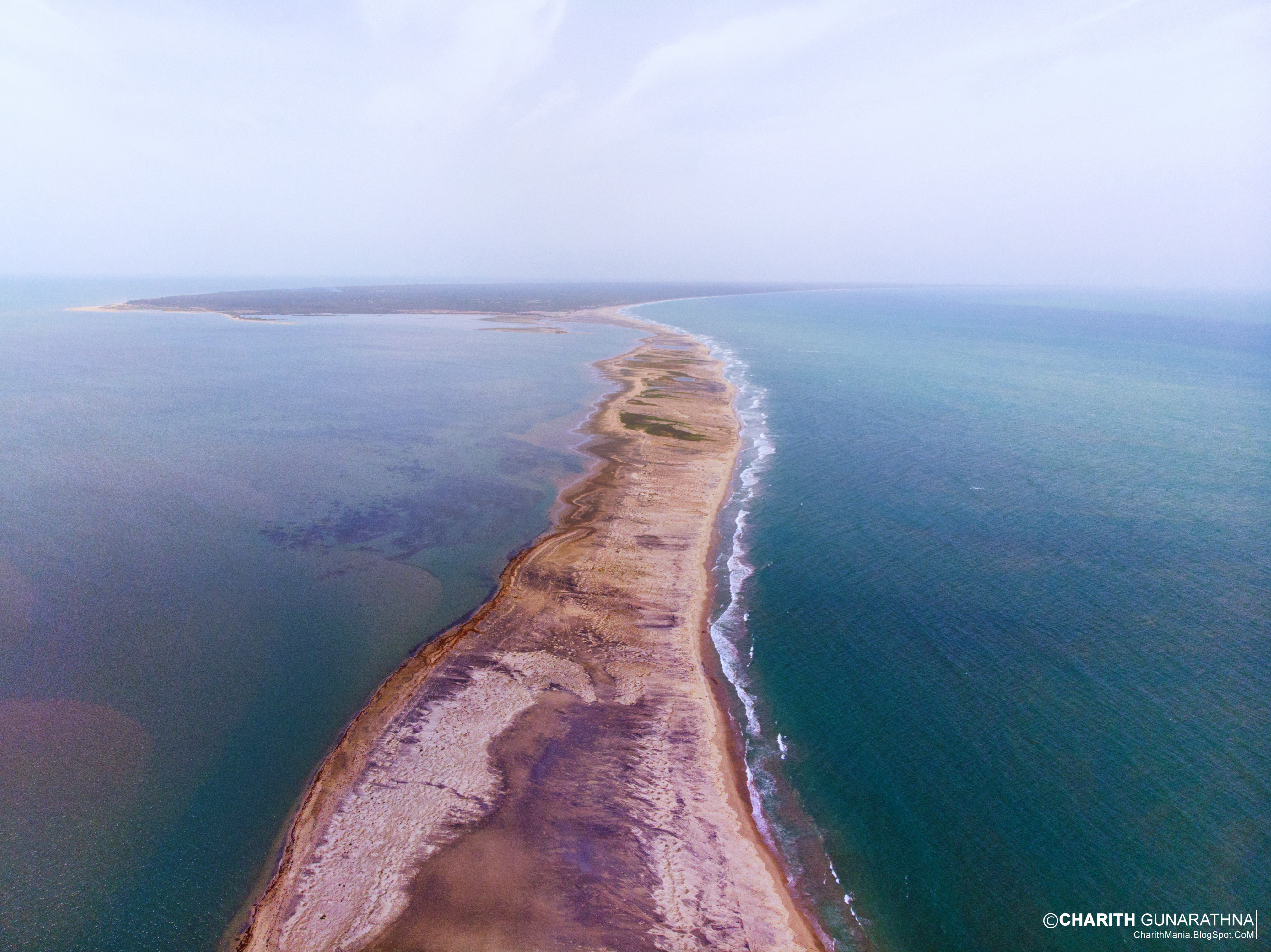 Does water define boundaries? Consider that there are many countries separated by water, but accessible on foot or by car, via bridges or tunnels. Laos and Myanmar/Burma are separated by the Mekong River, and there are only a couple of bridges between them. Tanzania and the Democratic Republic of Congo are completely separated by Lake Tanganyika, with no bridge, tunnel or stepping stones. Does this mean they don't border each other?

We humans are creatures of the land, so we may naturally think that only land borders are 'real' borders, but what difference does it make if you swim instead of walk, or take a boat instead of a car? At least in the case of the Chad-Nigeria border there is no longer any dispute. The two countries were once separated by Lake Chad, but the lake has dwindled so much over time you can now walk between the two.

In much the same vein as Sri Lanka's question, is Australia an island nation? It doesn't share a land border with anyone else, but then again, it is huuuuuuge. Is Australia an island, or is it so big it's actually a continent? Speaking of important philosophical debates, Australia may share a land border after all, with New Zealand, France, and Norway. How?? Through their overseas territories in Antarctica. But overseas territories are a whole different kettle of fish. Should we lose sleep over this? Most Australians themselves probably don't.

Turkey is not so much controversial as a country, but there is one particular city that causes no end of arguments. You guessed it: Istanbul.

Is Istanbul in Europe or Asia? Or both? Maybe it's neither, maybe it's actually in South America. If you count Istanbul in the European or Asian cities statistics, do you count the entire city? Istanbul is a prime example of a locale that highlights and defies the artificial boundaries between two places. There are numerous other examples of countries that have a precarious position between two continents, such as Russia, Kazakhstan, Georgia, Egypt, Indonesia, and even Denmark if you include Greenland.

Quite a simple dispute really. Does it begin with I or C? Well that depends what language you speak. The country itself seems to prefer the French name (Cote d'Ivoire), and insists others use it too. This leads some to think we should always refer to a country in its native/official language. This, in turn, raises complications. Not every culture uses the same alphabet. In fact, not every culture even uses an alphabet at all.

Other similar examples; Cape Verde/Cabo Verde, the two Congos (Republic of, and Democratic Republic of), Federated States of Micronesia, and East Timor/Timor-Leste.

Here is a mock comment section conversation which may scratch the surface of the UK's messy geography:

"I typed England it didn't work"

"England's not a country"

"No Scotland's part of England"

"No, Scotland is part of Britain but not England"

"What are you talking about? Of course England's in Britain"

"What about Northern Ireland?"

"That's part of Britain too"

"No it's in UK but not Britain, Britain is an island"

"No Britain isn't an island, it borders Ireland"

"No Britain IS an island, but UK borders Ireland"

"Yeah, but Northern Ireland is a country of the UK too"

"No, Northern Ireland is a provincenot a country"

"lol, it's spelt whales, and they are animals"

"lol, it's spelled spelled, not spelt, spelt is a type of grain"

"What about Isle of Man?"

You get the picture.

And then there's Myanmar. Or is that Burma? Some people are either stanch Burmists or Myanmists, or they just go with the flow. It doesn't help when the country in question itself can't seem to make up its mind about its own name.

The dispute originates from a tragically intractable political quarrel. The military junta that ruled the country for decades changed the name to Myanmar in 1989, as the name 'Burma' harkened back to its days as a colonial tributary state to their overlords the British Empire. But then, in a cruel irony, the name 'Myanmar' was maligned by forces opposed to the junta for the similar reasons.

A further irony is that both the names Burma and Myanmar derive from the same word 'Myanma', a name for the majority ethnic group of the country.

But to me, this country will always be known as... Fred.

Gibraltar is one of many British overseas territories, which are not directly ruled by the United Kingdom, so does that mean they're not part of the UK, and therefore the UK doesn't share a border with Spain? But you can walk/drive between Spain and Gibraltar.

Ceuta and Melila, however, are not territories, but autonomous cities of Spain on the African mainland, bordering Morocco. This is possibly a more solid case for Spain to join the 'I Share A Land Border With Morocco Club'. While we're on the subject, where does that leave places such as Guantanamo Bay, which is a US naval base on the island of Cuba?

Then there are the Canary Islands. They are fully fledged autonomous communities of Spain, as much as Andalusia, Galicia, or Asturias. Yet they are over 1,000Km away. At least they don't share a land border with anyone,

With which country does France share its longest border? Spain? Germany? It's actually... Brazil! since France borders both Brazil and Suriname via French Guiana.

French Guiana is neither a territory like Gibraltar, nor a constituent country like Greenland, but an exclave of regular old France that just happens to be in South America. Does this make France a transcontinental country?

There aren't many examples of countries with chunks of their territory spread out across such a vast distance around the world, and thus anomalies such as French Guiana are sometimes not counted as part of France. But whether you include French Guiana as part of France or not can greatly affect its size and population, and subsequently its ranking in statistics in certain quizzes.

Furthermore, does France border Netherlands via the island of Saint Martin??

Never mind, none of this matters in comparison to possibly the most controversial subject on Jetpunk, which is...….

The undisputed most argued over country on Jetpunk must be Cyprus. This pretty little island tucked away in the East Mediterranean is the subject of a deep divide between Turkish and Greek factions, with a largely unrecognised but autonomous state in the north (known as Northern Cyprus). But this scarcely registers on the radar of most Jetpunkers. The chief argument peddled about Cyprus on Jetpunk is: which continent is it actually on? This dispute sparked many years ago (the earliest comment I could find about it was in 2012) and the interminable argument persists today.

"Cyprus is in Asia"

"No it's physically closer to Asia"

"But it's in the European Union"

"So? Switzerland isn't in the EU, but definitely in Europe"

"Yeah but Cyprus is ethnically, culturally, linguistically, and politically closer to Europe"

"Does that mean all of Britain/France/Spain/Portugal's colonies are European?"

Cyprus is much like Istanbul in this respect, due to the arbitrariness of the 'border' between Europe and Asia. Many people seem to take the position of this imaginary line quite seriously. But of course there are further complications, as which continent Cyprus is a part of is influenced by its culture as well as its proximity.

Cyprus is a very special place: It represents a crossroads of three continents. It boasts a blend of Greek, Turkish, and other cultures. There are even two British territories on the island: Akrotiri, and Dhekelia. (Does this mean now that Cyprus borders UK too?? We'll save that for another day).

While Cyprus gets all the attention, Malta is often overlooked. Malta is pretty much unanimously considered European, but Malta is on the African tectonic plate. Does that make it an African country? (Let's save that for another day too).

Geography is complicated. It's no coincidence that this goes hand in hand with the precarious whims of the human mind, as all of these disputes (and many more) are on the purely artificial aspects of international geography. To a large degree, there are no truly right or wrong answers for many of these questions we've considered. Also, the little quirks that spark these debates are often the spice that makes some of these quizzes more interesting, and they help people learn more about geography. But remember:

If you have a dispute to make about a quiz, be polite and courteous, and back up your argument with facts, evidence, or some kind of justification.

And if you're going to make a geography quiz, and come across a complication such as any of the ones we've listed that could prove controversial, then you can always just add a caveat :-)

UG332
+3
Level 61
Oct 27, 2019
Great Blog! Opened my eyes on opinions that have developed in my brain lol.
Azuca
+3
Level 64
Nov 9, 2019
IMO Spain is an African country, if only by technicality. I don't ever speak up about this in the comment sections of quizzes here because that's an uphill battle I don't want to fight over and over.
jbro
+1
Level 45
Jun 23, 2020
This blog was amazing, it answered all of my questions
Countries of the World Quiz
US States Quiz
Countries by Borders in 90 Seconds
Periodic Table Quiz
Fifty States in One Minute
Countries of the World with an Empty Map
Africa Map Quiz
12 Months in 15 Seconds
Two Letter State Abbreviations Quiz
NATO Military Alphabet
Counties of England Quiz
Europe Capitals Quiz
Asia Map Quiz
Most Popular NBA Jerseys Quiz
Countries that Start with A
Random
Top Today