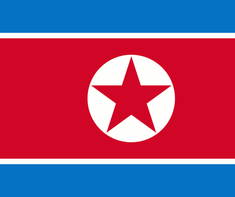 The Cold War was just heating up when the Korean War started. After ww2, Korea was split into 2, the communist north, and capitalist south. Going into the 1950's, Stalin, the leader of the USSR, was allied with the communist north, and backed the North Korean invasion of south Korea. the invasion was swift and quick, taking 3/4 of south Korea, taking Seoul. The UN, after a bit of a panic, formed a coalition of many western nations, and pushed back via landings in the southern peninsula and Incheon. The UN coalition ALSO swiftly pushed back the communist forces back into North Korea, and pushed up to the Chinese border. The leader of US forces in Korea, Douglas McArthur, Thought we should continue the invasion into China, but US president Harry Truman said "NO". Meanwhile, thousands of Chinese troops crossed the border into Korea, and McArthur wanted to nuke them. But Truman said "NO!" and fired him.

The UN started a retreat back to the north/south Korean border, and started a back and forth campaign over that border, until stalemate broke out, on pretty much the same border that Korea started on. A ceasefire was called in 1953, but the war technically never ended. a separate 3 year conflict known as the "Korean DMZ Conflict", in 1966-1969, where South and North Korean forces had a few skirmishes. but other than that, the Korean War is technically still going on, so the duration time is inaccurate.