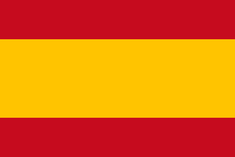 Around the late 1800's, there had been a revolt on the Spanish owned island of Cuba. Since Cuba was so close to the US, US citizens wanted president William McKinley to interfere in the revolt. McKinley was hesitant, but when the USS Maine blew up near Cuba, people suspected it was a Spanish attack and so the US declared war on Spain. The only reasons Spain wanted to stand up to the US was to keep the legacy of the Spanish Empire by having colonies, and 2, they didn't want to surrender immediately. The US first invaded the Spanish held Philippine Islands, the battle of Manila Bay paved the way for a ground invasion.

With the US invading, a Philippine nationalist, Emilio Aguinaldo declared the Philippines independent from Spain. So the Spanish sent a fleet of warships to try and rend off the US attackers. After this, the US confronted Spanish forces on the Mariana island of Guam, who promptly surrendered, without a single shot being fired. in June, the US took Guantanamo Bay in southern Cuba, and sent a small expeditionary force northwest of there. The Spanish retreated and really faced trouble when the main US force arrived. During the push inland was when the famous Battle of San Juan Hill, a charge on Spanish forces led by Teddy Roosevelt, took place.

Next, the US destroyed the Spanish fleet at Cuba in the battle of Santiago de Cuba. The Spanish navy then fled Cuba. The US then tried to invade the Spanish held island of Puerto Rico, but the defenses were really hard to get through. The US then captured Santiago in Cuba and the Spanish surrendered in Cuba. with all this, Spain promptly surrendered and gave the Philippines, Guam, Puerto Rico, and Cuba as territories to the US. That is the story of how the US got 5 new territories in the span of 1 year. and i say 5 because during this time, the US also took over the Kingdom of Hawaii.