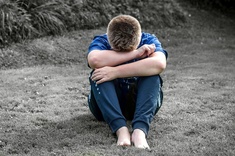 I couldn't wait to get to level 30, because you can't write a blog before it. This is my second account. On the first account, which was banned, I called myself "DakileSRB", so then you can conclude why I'm called this now. I was level 52, in Spanish and Italian over level 20 ... etc. Basically, I had a very good account, which I built over 3 years .... Slow down, but I was still there. I have a strong temperament, and I don't like when someone supports the enemies of my country, because I know what an injustice it is. So that's why I commented on something, which maybe shouldn't have been .... I won't say what I commented on and in what way, so that I might not be banned again. Sure, my old account no longer exists and that’s the end of the story. I wrote some requests to "Jetpunk" to return the account, in order to get it. I apologized, I sent three messages and nothing. For me, it's a betrayal ... I didn't get any explanation, I mean I know where I went wrong, but it would have been much nicer if I had received at least a warning. Abolishing such a strong account as mine is cruel. I will not try to go back to the old way, because that would be quite difficult.