India has 55 Urban Areas with at least 1 Million people. In this series, I will tell you a bit about all of them.

Here's part 1 if you haven't seen it already.

Jaipur isn't that well known outside of India, but it's actually very popular in India. Rajasthan is a popular tourist destination for its beautiful palaces and desert, and Jaipur is the center of it all. And also Jodhpur, but we'll talk about it later. It's considered a part of the Golden Triangle tourist circuit along with Delhi and Agra which will be in the next part.

Jaipur is known as the Pink City of India, and is home to many monuments, such as the Hawa Mahal, Jal Mahal, and the Jantar Mantar (Yes, there are multiple Jantar Mantars, there's a 3rd one in Varanasi too).

Jaipur is also one of India's earliest "planned cities".

There are so many good photos I could put for Jaipur, but I decided to go with the iconic pink Hawa Mahal, but I recommend you look up some photos, there are so many beautiful sites. 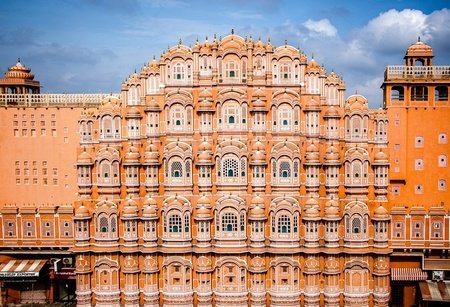 • Pronunciation: I think it's obvious...

UP (Uttar Pradesh) is India's most populous state, so it might surprise you that no cities in it have appeared so far. UP has many big cities that its population is divided between, which is why none of them showed up earlier.

Anyways, Lucknow, or Lakhnau is the capital and largest city of Uttar Pradesh, in the center of the state, in the Awadh region.

Lucknow is located on the Gomti river and has nicknames such as the Golden City of the East and the Constantinople of India. It was important during the Mughal Empire and was also ruled by Shia Nawabs. It was also a major city during the Indian First War of Independence. (I might make a blog just about the war, would you like that?)

Finally, some monuments include the Rumi Darwaza and the Ambedkar Memorial Park. 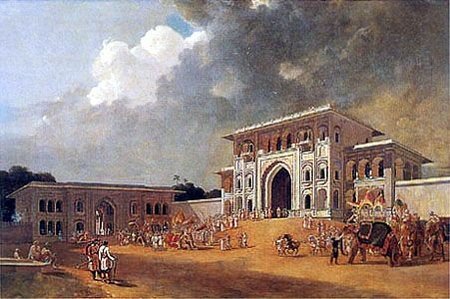 Another one from Uttar Pradesh. Just expect a lot in Uttar Pradesh from now on. Kanpur, formerly known as Cawnpore, is also an important city in the region, on the Ganga river.

They're known for their leather and textile production and one of their nicknames is the Manchester of the East.

Oh yeah, also apparently they have really bad pollution and in 2018 they were ranked as the city with the worst air pollution

ANYWAYS, they also have India's oldest woolen mill established by the British India Corporation. They were very important during the British Raj and they also played an important role in the War of Independence. 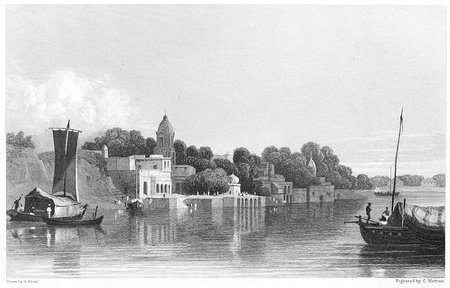 Nagpur is Maharashtra's winter capital (I don't know if it's just an India thing but yes, some states have different capitals for summer and winter), located in the eastern Vidarbha region of the state.

Nagpur is well known for their Nagpur Oranges as well as Tigers, and also has the nickname of "the Heart of India", due to its central location in the whole country.

About the tigers, they're known as the Tiger Capital of India due to the many Tiger sanctuaries around the city. The city is also home to the Deekshabhoomi Buddhist Stupa, and a final random fact is that it used to be the capital of the Central Provinces during British India.

Indore is another city in central India, located in Madhya Pradesh (which literally means central state). Remember when Surat was the 2nd cleanest city? Indore is the cleanest, and has been ranked as number one for 4 years in a row! Anyways, Indore is in the Malwa Plateau and is known as "Mini Mumbai". They are known for their bangles and the city is home to palaces such as the Rajwada and Lalbagh. The city has a lot of Maratha influence, particularly from the Holkar dynasty. It's also an hour south of Ujjain, one of the 7 sacred cities of Hinduism.

Bhilai is yet another central Indian city, in the state of Chhattisgarh, which used to be part of Madhya Pradesh.

Also, it's located on the Shivnath River, a bit west of the Raipur, Chhattisgarh's capital, and is part of the Bhilai-Durg metro area along with the neighboring city of, wait for it... Durg.

In 1959, the Bhilai steel plant was established, making Bhilai an important city. The city is home to the Maitri Bagh Zoo, which was a symbol of the friendship between India and Russia, since the Soviet Union helped fund the steel plant.

Coimbatore is a city in Central India... no lol, it's in Tamil Nadu.

Anyways, Coimbatore, also known as Kovai is a South Indian city in inland Tamil Nadu, in the Kongu Nadu region. It's located just southeast of the Nilgiri mountains, part of the Western Ghats, and is known as the Textile Capital of South India (yeah, I know, every other city is known for textiles). The city benefited from the nearby Pykara falls, where the hydroelectricity helped the cotton industry.

The nearby town of Ooty is a popular hills station in the mountains. 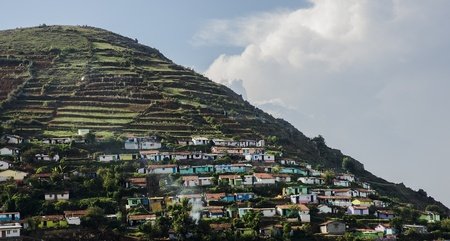 Ooty, a nearby hill station in the Nilgiris. (Not part of the Coimbatore city but it's a cool pic)

Patna has a long history of being an important city. It was the capital of the Maurya and Gupta empires when it was known as Pataliputra, becoming the largest city in the world.

In modern times, Patna is the capital of Bihar, located on the Ganga river. The Magahi dialect of Hindi is spoken there, from the region/ancient kingdom of Magadha.

The city is close to other historic cities such as Nalanda and Gaya. Today, Patna is a fast growing city, home to many parks, as well as the Patna museum built during the British era.

The most interesting thing about the city however, is it's long history and golden age during the ancient empires, so I recommend you look into that if you want to learn more about the city.

(also i just randomly found this while researching, but there's an area in the city called boring road) 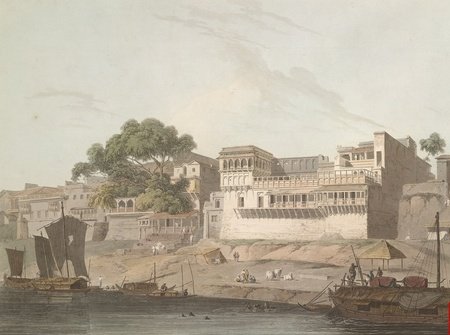 Bhopal is the capital of Madhya Pradesh, and is known as the city of lakes.

Unfortunately, the city is probably most well known for the 1984 gas tragedy which affected the city massively.

This tragedy had a big impact on the city, but I'll try to focus on some of the other things about the city, such as its monuments. The city is home to the largest mosque in India, the Taj-ul-Masajid, as the city used to be ruled by Muslim Nawabs.

There are many more historic sites as well as museums in the cities.

Bhopal is one of the greenest cities in India, and there's a whole national park in the city! The Van Vihar National park is located on the huge Upper Lake, one of Bhopal's many lakes.

Thanks for reading, and hope you're enjoying my blogs. I hope to make more blogs and please feel free to give me any suggestions. Sorry for taking a while with part 2 of this, but you can expect part 3 soon. Let me know how often you want me to post my blogs, so I can schedule them better.

Also sorry I wasn't able to put that photos for some of them this time, it's harder to find photos for the smaller cities, but you can find some on your own if you want :)

I'll be starting another similar series like this, and doing both simultaneously, so see if you can guess what the other series is.

Also, a blog on the Indian Rebellion of 1857 (which is what I assume you mean when you say "First War of Independence") would be really cool, and I would definitely read it!

TheNatureThread
+1
Level 65
Jul 2, 2021
Thanks! I'll be sure to do it some time. Jaipur is one of my top destinations when I next visit India, as I have never been there either.
MG17
+2
Level 42
Jul 2, 2021
Amazing! Some of them I never knew!
Aficionado
+2
Level 68
Jul 3, 2021
Great one! Have been to four of them. By the way, the Boring Road is not at all boring! It's kind of the commercial district of Patna and is quite affluent.
TheNatureThread
+1
Level 65
Jul 3, 2021
Thanks, and I didn't know that, haha
BigGeographyGuy
+2
Level 64
Jul 3, 2021
Great Facts! Also, in the next part, can you add some information about the origins of the name? If it is too hard for you to find research about it though then that's fine :)
TheNatureThread
+2
Level 65
Jul 3, 2021
Great Idea!! I love etymologies of places, I'll definitely do it.
BigGeographyGuy
+1
Level 64
Jul 16, 2021
Thanks :)
User Blogs
:: TheNatureThread's Blog
:: This Blog
Countries of the World Quiz
US States Quiz
Countries of Europe Quiz
US States by Borders in 30 Seconds
All Country Flags of the World
Country Flags Quiz #1
12 Months in 15 Seconds
Europe Map Quiz
Original 151 Pokémon
Countries of Asia Quiz
Countries of Europe - One Minute Sprint
Countries that Start with E
Countries that Start with P
World Map with Random Merged Countries
100 Most Common English Words
Random
Top Today
Save Your Progress
Every 1M City in India
Geography