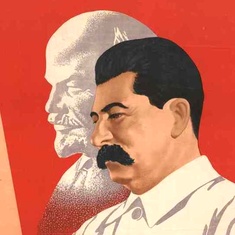 Dictators Changing the Names of Things

If you were paying attention last year, you noticed that we changed our quizzes to honor the glorious former leader of Kazakhstan, Nursultan Nazarbayev. This was because, in March of 2019, the Parliament of Kazakhstan voted to celebrate Mr. Nazarbayev by changing the name of the capital from Astana to Nur-Sultan. We were only too happy to update our quizzes to reflect this splendid new reality.

But let's not forgot the other name changes imposed by Nursultan's cousins throughout history. What other things were renamed by an authoritarian regime?

Originally, the month of July was known as Quintilis, meaning "fifth month". Sometime later, two more months were added - making Quintilis the seventh month. Then Julius Caesar came along. When he wasn't conquering Gaul and killing a significant percentage of its inhabitants, he made some major improvements to the Roman calendar. So it only made sense, after his death in 44 BC, to rename the month of Quintilis to "Julius" in his honor. For good measure, the Romans changed the name of the next month too, from Sextilis to "Augustus", in honor of the first emperor of Rome.

2. Every Other Month of the Year

Did you ever see the movie "Gladiator" with Russell Crowe? Well, the bad guy in that movie was a real person, Commodus.

Commodus ruled as the Emperor of Rome from 180 AD until his untimely death in 192 AD. He was almost certainly insane. As his megalomania grew, he decided to rename some things. He started with the city of Rome, which he renamed "Colonia Commodiana". Then he got to work on the twelve months. Commodus had recently taken on several new names, giving him twelve in total. He now applied these twelve names to the twelve months, renaming the entire calendar in his honor. Fortunately for Rome, he was strangled by his wrestling coach shortly thereafter.

Commodus's name changes didn't last, but he did make history. His reign is considered to be the beginning of the decline of the Roman Empire.

A lot of things changed during the French Revolution. Out went the king, feudalism, the Catholic church, people's heads from their bodies, and of course the old system of weights and measures. Even though the French Revolution led to decades of turmoil and warfare, it did at least bring about the metric system.

But did you know that the French didn't just introduce the kilogram and meter? They also invented "decimal time". Each day was divided into 10 hours. Each hour was composed of 100 minutes, and each minute of 100 seconds.

But they didn't stop there. They introduced a 10 day week, and renamed every month of the year. The intent was not just to introduce the decimal system, but also to eliminate traditional religious celebrations. It's hard to celebrate the Sabbath when you don't even know what day it is. To this end, the revolutionaries imposed a "rural" calendar that replaced saints' name days with agricultural themes. Pity the confused French peasant who thought it was November 25 when was actually Frimaire 5, day of the pig.

Peter the Great ruled Russia from 1682 to 1725. He had a vision to change Russia. He wanted it to become more European. To help accomplish this, he moved the capital from Moscow to a new city with a German name: Sankt-Peterburg. In traditional Russian fashion, tens of thousands of serfs died building the new capital.

But the name didn't last forever. In the First World War, the German name was embarrassing. So they changed it to a more Russian version: Petrograd.

A few years later, the Bolsheviks took power. When Lenin died in 1924, the city was renamed Leningrad his honor. Of course, that didn't last either. In 1991, the city reverted to its original name. Gamblers are currently taking odds on whether it will soon be renamed Putingrad.

Saparmurat Niyazov was the first president of Turkmenistan, a position he held from 1990 until his death in 2006. He was perhaps the most enthusiastic name-changer in the history of dictators.

He started by giving himself a new name, Türkmenbaşy, meaning "head of the Turkmen". He then renamed the city of Krasnovodsk to Türkmenbaşy in honor of himself. But he didn't stop there. He also renamed all the days of the week, and all the months of the year. He even changed the word for bread to "Gurbansoltan" - his mother's name. Unfortunately for Mr. Niyazov, almost all his changes were reverted shortly after his death. They even removed his giant golden sculpture from atop the Neutrality Monument. When will dictators get the respect they deserve?

KingEureka
+8
Level 45
Jul 6, 2020
Seems Interesting!
Here in India, since 2014 names of Places are being changed to get rid of their Mughal/ British linkage. For Example Allahabad was changed to Pragayraj, Aurangzeb Road was Changed to Maharana Pratap Road.
Changing names of cities isn't a bad thing I Guess.
SWATkun
+6
Level 56
Jul 7, 2020
And Aurangabad will soon be changed to Shambhajinagar I guess
giommaso
+7
Level 56
Jul 7, 2020
As I see it, it's fine to do it if there's some tradition about it. Renaming things just for the sake of it doesn't make sense and deletes history. As for me, I still call Bombay, Calcutta, Bangalore etc. with their original English names, as the fact that their official Indian name has been changed is irrelevant. Same for Peking, Canton, Tsingtao and other Chinese cities. And I'm quite happy that such alternatives are very often accepted on this site.
Tramp
+9
Level 71
Jul 7, 2020
With China, they didn't rename places just for the sake of it. They renamed it because they came up with an entirely new (and far better in terms of how Mandarin sounds are represented) system of writing Chinese in the Latin alphabet. If you said "Tsingtao" to an average Chinese person, chances are they'd have no idea what you were even talking about. The names of all of these places (in terms of how they are written/pronounced in Chinese) didn't actually change at all.
QRU
+6
Level 72
Jul 8, 2020
I don't see, how changing the name of a city "deletes" history. It is part of history. It's not like they burn all the documents and history books, once a city changes it's name.

The important thing is just to remember, that names and dedications get often choosen for a reason, and that reason can tell us something about the user. That does not apply to those in power.
0x
+5
Level 35
Jul 10, 2020
Kalamati-Tatanagar Bombay-Mumbai Madras-Chennai
ducklingpanda1245
+7
Level 46
Jul 6, 2020
Very interesting blog! I really enjoyed it!
DodomaAstatine
+8
Level 50
Jul 6, 2020
Interesting. The president of Turkmenistan renamed the months to the names of his family members, which might be interesting to add.
KoljiVriVoda
+13
Level 71
Jul 7, 2020
Podgorica was Titograd during the communist era.
Djilas
+5
Level 77
Jul 7, 2020
And quite a few others in Yugoslavia, Eastern Bloc and USSR got a new name, though later reverted. At least two stayed - Kidričevo, Zrenjanin.
giommaso
+6
Level 56
Jul 7, 2020
Nice one! By the way no one added the months before quintilius, they were simply shifted in the year, as Roman calendar didn't have a fixed start, until Caesar actually simplified it, making the "Julian" calendar, another thing called after his own name.
Quizmaster
+1
Level ∞
Jul 7, 2020
The blog article is correct at least according to Wikipedia.
Djilas
+5
Level 77
Jul 7, 2020
Months were added AND the beginning of the year shifted, it's two separate things, only the latter caused the misalignment of month names. The full article on Roman calendar makes this a bit clearer though the info on early calendars is sparse.
JohnnyYeet
+5
Level 46
Jul 7, 2020
How about Ciudad Trujillo / Santo Domingo?
drMarr
+5
Level 48
Jul 7, 2020
Communist dictator of Yugoslavia Tito had 1 town/city named after him in every of the 6 republics and 2 provinces.
HinesBrothers
+9
Level 69
Jul 14, 2020
The real question is, what will the Quizmaster, dictator of Jetpunk, change the name of with his immense power to determine the "correct" names?
dogmeat
+6
Level 52
Jul 14, 2020
Byzantium - Constantinople - Istanbul Plenty of examples from my country NZ where the colonial names are being replaced by Maori ones
blizzrd33
+3
Level 73
Jul 15, 2020
Let's not forget Swaziland -> Eswatini !
Einstein100102
+1
Level 35
Jul 27, 2020
Cool! Don't forget when Nikita Khrushchev change Stalingrad to Volgograd.
0x
+1
Level 35
Jul 31, 2020
It’s funny that Khrushchev said he would de-stalinize Russia when he actually re-Stalinized it
TheRealGrantma
+1
Level 54
Jul 29, 2020
kimmy boi even changed his own birthday.
studentportal1
+2
Level 24
Aug 5, 2020
subscribe to pewdiepie and unsubscribe to T series
Countries of the World Quiz
US States Quiz
World Capitals Quiz
Countries by Borders in 90 Seconds
Country Flags Quiz #1
East Asia Map Quiz
12 Months in 15 Seconds
NBA Basketball Teams Quiz
Countries that Start with N
Countries by First and Last Two Letters
Major League Baseball Teams (MLB)
Countries that Start with I
Countries that Start with C
World Map without 20 Random Countries
Countries of Asia Quiz
Random
Top Today