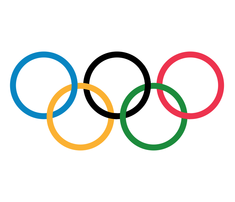 In 1936, shortly before the Olympics, sprinter Jesse Owens set a new world record. He ran the 100 meter dash in 10.2 seconds. At the time it seemed incredible but, by modern standards, it's downright slow. The current record, held by Usain Bolt, is more than a half second faster - a huge difference in the world of sprinting. In the year 2016, Jesse Owens's time of 10.2 would not be fast enough to even qualify for the Olympics. Today's high schoolers are running faster times.

But according to this TED talk by David Epstein, Owens was much faster than his times suggest. The reason? Equipment. Unlike his modern peers, Jesse Owens had to run without the aid of starting blocks. Furthermore, the track he ran on was far slower than modern tracks. According to Epstein, had Jesse Owens ran in 2016, he would have been fast enough to finish 2nd at the 2013 World Championships, just one stride behind Usain Bolt. In eighty years, our peak performance has barley budged.

When it comes to most track events, it may be that genetics - not training methods - play the dominant role. Usain Bolt is a perfect example of this. Of his training methods, he has said "I'm lazy and that I might miss training." Other athletes train harder than Bolt, but they can't beat him.

Let's go back to David Epstein, this time from his book The Sports Gene. He brings up the example of high jumper Donald Thomas, who was able to high jump over 2.13 meters on the third jump he ever attempted. He would go on to win gold at the World Championships just one year later. But after years of training, he never improved. His personal best would increase by just 2 centimeters. Genetics carried him much further than training ever could.

When it comes to the high jump, our progress has stalled. The world record for the men's high jump was set in 1993, and the women's world record was set in 1987. Long jump records were set decades ago as well. Training, nutrition, and sports science have done nothing to improve our genetic potential.

Aroldis Chapman and the Fastest Fastball of All Time

It's not just track and field events where we see this phenomenon. We see the same thing in baseball. The current record for the fastest pitch ever thrown in a baseball game is 105.1 mph by Aroldis Chapman in 2010. However, pitch speed has only been measured for the last decade. It's likely that stars of a previous era threw even faster.

A recent documentary called Fastball examined the top speed of baseball pitchers over the years. According to the film, Nolan Ryan was measured throwing 100 mph in the 1970s. However, this speed was measured after the ball had already traveled 50 feet. Had Ryan been measured with today's methods, his fastball would be recorded at 108 mph. And even before WWII, its possible that pitcher Bob Feller was throwing faster than any pitcher throwing today.

And it's not just pitchers. The "steroidal" sluggers of the modern era are no better.

The modern record for home run distance was set by Adam Dunn in 2008, with a home run estimated at 504 feet. But this statistic has only been kept since 2005. Earlier hitters may have hit the ball even further.

In 1946, Ted Williams hit a memorable home run at Fenway Park. It is said to be the furthest ever hit at Fenway. In fact, the seat where it landed (in the 37th row) has been painted red to commemorate the historic event. Just how far did it go? 527 feet, according to one estimate. And Williams wasn't alone. Mickey Mantle hit at least two home runs that were estimated to travel over 500 feet, and it's likely that Babe Ruth hit dozens of them.

Even despite modern, medical (cough), enhancements, today's pitchers and sluggers may not be any more powerful than their grandfathers.

However, there are some areas where the human race is still making significant progress. One of these is swimming.

Of course, equipment has a lot to do with faster times in the modern era. In 2008, Speedo introduced the LZR racer swimsuit which compressed the body and created additional buoyancy. The suit was so effective that by 2009 more than 90 records had been broken by swimmers wearing the suit. But the suit was banned in 2010, and records have continued to fall.

It may be, that unlike in running, we are still trying to figure out the best way to swim. Swimming fast doesn't come naturally to people. The crawl stroke wasn't used by Europeans until the 1800s, and significant improvements are still being made. In fact, the fastest way to swim is one that is rarely used in swimming competitions.

And humanity has also made significant progress in many non-athletic pursuits. Here's what Anders Ericsson had to say about the progress piano players have made in his book "Peak: Secrets from the New Science of Expertise":

In the early 1930s Alfred Cortot was one of the best-known classical musicians in the world, and his recordings of Chopin’s ‘24 Études’ were considered the definitive interpretation. Today ... any professional pianist is expected to be able to perform the études with far greater technical skill and élan than Cortot

No doubt, just like in athletics, there are some areas where progress is being made, and many where it isn't.

In summary, we tend to assume that our generation is continually outdoing the achievements of previous generations. In many cases that's true. But there are other areas where progress has stopped. For now, at least...

scambigol
+3
Level 72
Aug 25, 2016
Today many more people have 'access' to professional sports, I suppose - maybe in 1936 there was a Jamaican that could have beaten Owens but he never did running as a sport and was just considered very fast at his place
NorwegianQMaster
+1
Level 53
Jul 14, 2019
Probably alot of those in Africa
AbbyLW10
+1
Level 30
Sep 23, 2020
TOTALLY agree
NOTKimJongUn
+2
Level 66
Aug 26, 2016
I love these blog posts! Are there also forums where we can express desires for updated features? I've wanted to be able to save quizzes for awhile so I don't have to keep multiple bookmarks in my browser or search for them when on a different computer. Thanks and good stuff!
Backforward24
+1
Level 62
Aug 26, 2016
You could try the subreddit
Aesthus
+4
Level 54
May 5, 2017
'Barley improved'? We don't use hay for the high jump, QM!
Countries of the World Quiz
US States Quiz
12 Months in 15 Seconds
East Asia Map Quiz
Fifty States in One Minute
Periodic Table Quiz
World Capitals Quiz
Country Flags Quiz #1
Countries that Start with A
NHL Hockey Teams Quiz
Biggest Cities in the World Quiz
Countries that Start with G
South America Map Quiz
Fast Typing Test - 100 WPM Challenge
Middle East Map Quiz
Random
Top Today