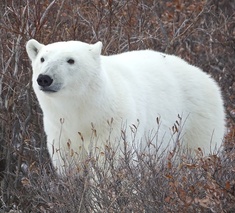 Nearly all scientists agree that the Earth's climate is changing. The burning of fossil fuels has caused the level of carbon dioxide in the atmosphere to rise by large amounts. This, in turn, has caused the average surface temperature of the Earth to rise by about 1°C since the year 1900, with much larger effects on polar regions. 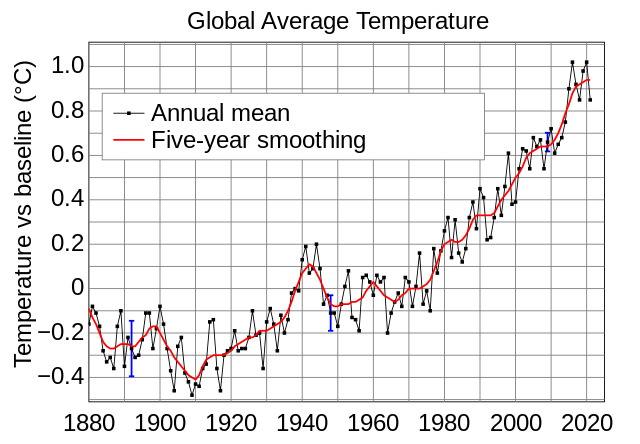 Furthermore, solving the problem is a lot more complicated than simply "cutting back".

What if the United States, Europe, and every single developed nation on Earth immediately cut their carbon use to zero? What would happen?

This would not be even close to enough. Carbon dioxide levels in the atmosphere have been rising since the start of Industrial Revolution in the late 1700s. To prevent them from rising further, we'd have to cut back to pre-industrial levels of carbon output. This would entail a 90% or greater reduction in worldwide carbon use.

But even that is not enough. If the whole world stopped burning fossil fuels tomorrow, we'd still have to deal with all the carbon that we put in the atmosphere from the last 200 years. The climate would likely continue to warm for centuries before the carbon was gradually removed from the atmosphere due to natural processes.

Mainstream environmentalists are approaching the problem of climate change the wrong way. Many ordinary people tend to make small steps which are completely inadequate to solving the problem. It doesn't really matter if you recycle your yogurt containers or if you drive a Prius instead of an Ford F150. The fact remains that nearly all people in the developed world, and most people in undeveloped countries, are consuming far more than can be sustained. There are only two carbon neutral countries in the entire world: Suriname and Bhutan, neither of which are exactly thriving modern economies. Reducing consumption does help, but it is not even close to a real solution.

We can't rely on governments to solve the problem. Yes, a carbon tax is probably a good idea and will help reduce emissions. Incentives for renewable energy such as solar and wind power will help as well. But keep in mind that, even in the year 1800, the amount of carbon dioxide in the atmosphere was increasing. Cuts of 10%, 20%, 50%, or even 80% won't be enough. And reducing emissions requires the whole world to cooperate. Current agreements such as the Paris Agreement have been an abject failure. There are practically no countries who are meeting their commitments.

Unilateral Action to Remove Carbon from the Atmosphere

Despite all this, I think there is a way to prevent and eventually even reverse global warming: unilateral action to remove carbon from the atmosphere.

Unilateral: (adjective) done or undertaken by one person or party.

In other words, unilateral actions are things that are done by a single person or group that don't require cooperation or compliance from others. Any agreement which requires universal compliance is doomed to fail. Instead of begging for consensus, we should take unilateral action to solve the problem, ignoring people and nations who are too selfish to act.

Here's a tiny example of unilateral action. Since 2017, donations from JetPunk have enabled the planting of over 100,000 trees. Each tree will eventually absorb and sequester over 1 metric ton of carbon dioxide from the atmosphere. All told, these 100,000 trees are equivalent to about 50 times the lifetime carbon output of a typical American. This is obviously just a tiny drop in the bucket, but we are a small website. What if every company devoted a similar percentage of their revenue to the problem. We'd have global warming conquered in a hurry.

How many trees do we have to plant to offset the entire world's carbon production? According to the World Bank, all the humans on the planet emit about 36 billion tons of carbon dioxide per year. To offset that, we'd have to plant about 36 billion trees every year. That sounds like a lot, but it's only about 5 trees per person per year. The Earth already has an estimated 3 trillion trees, so we really only have to increase this by a little more than 1% per year.

How much would it cost to plant 36 billion trees? Actually not that much. Currently, organizations such as the Arbor Day Foundation and the U.S. National Forest Service are planting trees for about $1 each. In other countries, it's much cheaper. But assuming we pay full price, we could offset the world's entire carbon emissions for about $36 billion per year.

Here's some other things which are worth about $36 billion.

But seriously $36 billion is only about 0.04% of world GDP. We can afford it. And we don't need China to help. Nor do we need the government to get involved. Nor do we need everyone to agree. We just need people who care to take direct action now.

Obviously, at some point, planting trees will no longer be a viable solution to climate change. Trees get old and die, and eventually release some of their carbon back into the atmosphere. New forests absorb much more carbon than old ones, and there is only so much land on which to plant forests. We will probably only be able to plant enough trees to offset climate change for about 100 years before we run out of space. And this ignores the challenges of acquiring land on which to plant, preventing deforestation, etc...

So while planting trees is one of the best thing we can do right now, in the future we will have to rely on other methods to remove carbon from the atmosphere. Fortunately, these are being developed.

A Canadian company is currently developing technology to remove carbon dioxide from the atmosphere and turn it into fuel. Obviously, when fuel is burnt, it releases carbon back into the atmosphere. But this would prevent the need to drill for more oil, and could provide a sustainable substitute for jet fuel and other petroleum products for which there is no ready alternative. Furthermore, it's possible that this process or similar ones could be used to remove carbon dioxide from the atmosphere and sequester it underground.

Other companies are pursuing technology to sequester carbon dioxide using algae. And while I'm a little skeptical of this personal sequestration tank, I think it's possible that we could use algae to sequester carbon at a much lower price than planting trees. All that's needed is a way to process or bury the algae in a way that prevents carbon from being released back into the atmosphere.

Update October 2020. Project Vesta is another project that aims to remove carbon from the atmosphere, this time using green sand beaches!

Ultimately, I am confident that one or more of these technologies, in addition to reforestation, will enable us to remove enough carbon from the atmosphere to return us to pre-industrial levels by the end of the century. So stop wringing your hands about Trump, China, or that jerk speeding down the highway in a giant truck. If everyone who cared donated just 1% of their income and time to the problem, we could solve it. JetPunk is doing it. Why aren't you?

Momillo
+1
Level 60
Aug 24, 2020
Where are Jetpunk's trees being planted?
ChineseChen
+5
Level 61
Aug 24, 2020
Africa
ander217
+6
Level 78
Aug 24, 2020
The Missouri Department of Conservation sells numerous one-year old, bareroot tree and plant seedlings each year from Sept. through April. The costs range from .22 through .90 cents each, with discounts for bulk orders. In state shipping is $8, out of state is $10. You can download the catalog from https://mdc.mo.gov/trees-plants/tree-seedlings/order-seedlings. Many families in my state earn money in the fall by collecting seeds to sell to the state nursery or local buyers - my kids used to collect red bud seeds, hickory nuts and walnuts, and acorns. Please don't plant nuisance or invasive species such as Bradford (Callery) pear, black locust, autumn olive, or gray dogwood. Some of them colonize and can eventually kill native trees and shrubs. Every time we find a Bradford pear on our property, our beekeeper friend cuts it and grafts a limb from our Bartlett pear onto it, providing flowers for his bees and fruit for wildlife (and humans) from a tree that doesn't spread.
ander217
+5
Level 78
Aug 24, 2020
Forgot to add that many other states have similar programs, too, and offer trees that do well in their particular regions, but we've always had good luck with buying from the Missouri state nursery and the website is easy to navigate and offers planting instructions.
Krokos
+4
Level 48
Aug 31, 2020
Well, I have to disagree here. Even though 5 trees per person is not much, and these 36 billion trees is just over 1% of all trees, but these trees need to be planted somewhere, don't they? And you need this space for farmlands, pastures, houses. Also remember that not every vacant space on Earth is suitable for trees. You can probably plant 100 thousand trees, but 36 billion every year? I don't think so. And all this hassle just to keep carbon dioxide at current, already quite high level. Sorry, had to write that.
Quizmaster
+1
Level ∞
Sep 21, 2020
You don't think that we can increase forest land by 1% by year? Of course we can. We just don't have the political will.
EpicQuizer123
+1
Level 32
Sep 11, 2020
The sad part about this is that is wouldn't be possible for everybody to donate 1% of their income. People may not care, have money, or just don't know about it. The sad truth is that the people that don't have those issues should donate 5% of their income to make up for that loss. EpicQuizer123 is doing so why don't you.
NeilVedwan
+1
Level 49
Oct 8, 2020
If Jeff Bezos spent just 19.21137575421485% of his money, nobody else would have to pay.
That1HomoSapien
+1
Level 17
Oct 20, 2020
Unfortunately, hes Jeff bezos and not bill gates
NeilVedwan
+1
Level 49
Oct 22, 2020
Well still, if Bill Gates does donates the money, it will be roughly 32.72727272727273% of his net worth.
Countries of the World Quiz
US States Quiz
NFL Football Teams Quiz
Random Capital to Country
Periodic Table Quiz
12 Months in 15 Seconds
Fast Typing A to Z
Africa Map Quiz
Ultimate Harry Potter Name Game
2000s Catchphrases Quiz
Countries that Start with B
General Knowledge Quiz #9
Countries by First and Last Two Letters
Countries in World War II Quiz
Top 100 Greatest NBA Players
Random
Top Today