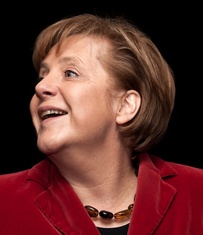 The Difference between Europe, the EU and more

A few weeks ago, I stumbled upon this CNN article, entitled: "UK will plunge into recession if it leaves Europe without a Brexit deal". While the article is worth reading, explaining the financial risks of Brexit, I started to ask myself: is the UK really leaving Europe?

The short answer to this question is no. The reason why I'm bringing up this issue is the convenience of English speakers to mix up the EU and Europe. So what's the difference?

Europe, nicknamed the Old Continent and named after the Phoenician princess Europa, is the second-smallest continent in the world, yet home to more than 45 different nations. The term "continent" is a geographical one, therefore political and cultural associations aren't included in here (the term "European", however, can include them). The eastern boundary of Europe runs across two major mountain chains, the Urals and the Caucasus and moves through the Bosphorus in Istanbul into the Aegean Sea. Europe's extension to the south is limited by the Mediterranean. We can quite easily distinguish Europe from other continents.

You may ask yourself: is Turkey in Europe if it's divided by the boundary? Well, Turkey is transcontinental and only 3% of their territory lies on the European continent (i.e. west of the Bosphorus). Therefore, Turkey is mostly associated with Asia, but they are nevertheless partly in Europe.
A country can have close cultural / economic / political ties to Europe, even though they lie outside of Europe's frontiers. Let's take Cyprus for example: the Mediterranean island is politically part of the European Union (a community which we'll discuss in a moment) and its closest friend and ally is Greece, thus bringing a lot of Greek culture into Cyprus. Due to that, we can say that Cyprus is mainly European in terms of their relations with countries in Europe, but this does not change the fact that Cyprus is geographically located in Asia.
Same with Australia: they share a lot of British values (a country in Europe) and even participate in the Eurovision Song Contest! Therefore, Australia too can be regarded as being European in certain ways, despite being clearly located in Oceania (or Australia, whatever you like).

To return to our CNN article from the beginning: Will the UK leave Europe? Answer: no, they won't, but they might leave the European Union (EU). This is a political and economic union that comprises 27 states in Europe and Cyprus. This union has laws and values from various topics
(climate, migration, justice etc.) that members respect. It was formed after the Second World War and became a symbol of European integrity. But there are multiple countries outside the EU that are still in Europe, most notably Russia (even though partly), Norway and Switzerland as well many smaller nations in the Balkans which aim to become a member in the near future.
The union has been growing for almost 60 years until in 2016, the British narrowly voted in a referendum to leave the EU, thus initiating Brexit, the withdrawal of the United Kingdom from the European Union, a still ongoing process. When executed, the UK will no longer be a part of the European Union, but it's impossible for the UK to leave Europe as they would have to literally ship their own country outside the boundaries of Europe.

You might associate the EU with Freedom of Travel. This is partly true. The Schengen Area comprises 26 states that have abolished their border control. This means that you can easily travel from one country into another without having to show a piece of identification. As you may have realised, that's fewer members than there are in the EU. Not every country in the EU does also participate in the Schengen program. When visiting EU members like Bulgaria, Croatia, Cyprus, Ireland, Romania and the United Kingdom from inside the Schengen Area, you'll still need to show a valid passport. Furthermore, Iceland, Liechtenstein, Norway and Switzerland participate in that programme as non-EU members.
Example: you travel from Paris to Geneva. You don't leave Europe and you don't leave the Schengen Area = no passport control, but you have left the European Union. The reason why Switzerland and Liechtenstein participate in the Schengen programme is because they're surrounded by EU members and in order to find the best ties with their neighbours, they've adopted the Schengen policy. (Swiss people reject an EU membership).
(Disclaimer: you should always carry a passport when going into another Schengen member, even though you shouldn't have to show it in most cases).

Now there's the little thing called the Euro. It's the currency of 25 European nations. Many countries inside the EU have adopted the Euro, but not all of them (most notably the United Kingdom, which continues to use the Pound Sterling). In addition to that, four microstates (Andorra, Monaco, San Marino and the Vatican) have adopted the Euro even though they're not part of the European Union and Kosovo and Montenegro, two other non-EU nations have unilaterally adopted the currency as well.

As this may sound confusing, I have created a table of European nations (either geographically or culturally) that are members in European organisations.
The Council of Europe is a community whose aim it is to uphold democracy and the European values and the UEFA is the European body of football organisation.


You have have realised, that some countries' territory is either negligible or overwhelmingly in Europe. To give a few details on these countries:

Azerbaijan: the regions that lie north of the Caucasus are by definition in Europe. As this accounts for a very small population and area, many people regard Azerbaijan as being completely in Asia.

France: a few French regions and territories lie in the Caribbean or in the Pacific Ocean. They account for 18%, the biggest region being French Guiana.

Georgia: same cause as for Azerbaijan.

Kazakhstan: the regions that lie west of the Urals are by definition in Europe. As this accounts for a very small population and area, many people regard Kazakhstan as being completely in Asia.

Norway: Norway has Bouvet Island and Peter I Island. Queen Maud Island in Antarctica is not included because of the Antarctic Treaty (which Norway has ratified). The treaty states that Antarctica belongs to no one and promotes scientific freedom.

Portugal: The island of Madeira is geographically speaking on the African continent. Madeira accounts for less than 1% of Portugal's territory.

Russia: Russia is divided by the Urals. Although approx. 77% of the Russian population lives on the European side, only about 25% of its land is located in Europe.

Spain: The Canary Islands, Ceuta and Melilla are geographically speaking on the African continent. They account for about 1.5% of Spain's territory.

Turkey: The area west of the Bosphorus only accounts for c. 3% of the country's territory.

United Kingdom: There are British Overseas Territories (which technically don't form part of the UK itself) in the Caribbean and in the Pacific.

Overseas Territories outside of Europe often have a special status and have special rights, but we'll discuss that in an other blog.
zaba2048
+1
Level 70
Aug 12, 2019
Interesting read, especially the table! Only question is, why is the UK listed as not being in UEFA? Each of the football associations (England, Scotland, Wales, Northern Ireland) are in UEFA so I think it makes sense to consider the UK as a whole as being in it.
Gassu
+1
Level 72
Aug 12, 2019
That's right, the four 'countries' of the UK are UEFA members, but the UK as a nation isn't, because that would mean double representation.
ProQuizzzer
+1
Level 25
Nov 20, 2019
Complicated
Countries of the World Quiz
US States Quiz
Random Capital to Country
Countries by First Two Letters in 90 Seconds
Countries by Borders in 90 Seconds
World Capitals Quiz
NBA Basketball Teams Quiz
Fast Typing A to Z
Ultimate Harry Potter Name Game
Countries that Start with M
Countries that Start with N
Digits of Pi
100 Most Common English Words Quiz
Africa Capitals Quiz
Top 100 Greatest NBA Players
Random
Top Today