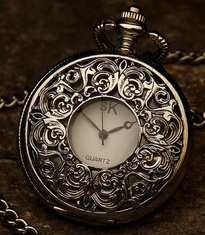 Everyone knows it by now. You hop into a machine, press a dial, and then you are with dinosaurs, looking at flying cars, or are in the day before to do your homework before it is due because you forgot to do it. 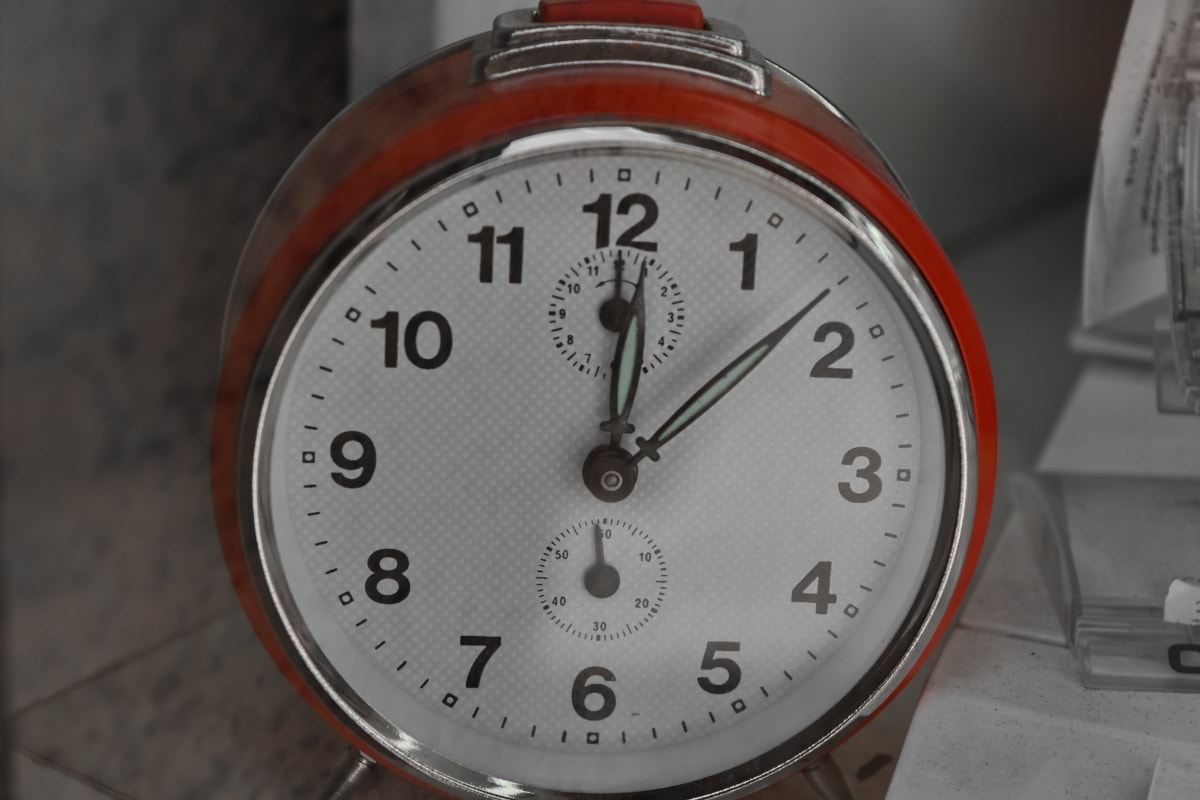 Not this time machine though.

But it is not as simple as it is. Lets talk about my theory of time travel.

But first, you need to understand how I think of a time travel machine. The machine is a pill-shaped machine, made of glass and metal, with dials and a button to travel forwards and backwards in time.

Now since you know the structure, let's talk about my not confirmed law.

The first problem is in age. If you time travel back to the 1990's, the problem is you would get younger. You could potentially disappear if you bypass your age backwards. Same thing with the future. You would get older the more you go forwards with time. But lets say we made it so you don't age. Second problem?

Speed. Einstein's theory is probably what people used to solve the age problem. The faster you go, the slower you age, but the more fatal it is. At such a fast speed, the structure would break apart into pieces because of the tiny bits of friction in the air, and even if you had indestructible materials, your bones will break on the pressure that is pushing you into a wall. Even you fix that, your structure would become a meteor, and that is what makes the next problem.

Let's say you fix the speed problem. Now you have direction to go. Which way would you go? For some reason, when people think of time machines, people think of what time they would go in, not what place they will land in. If you pick Russia, you can't possibly get there with the speed you are going. If you try to circle the Earth to get there, you would instantly pass it, while crushing structures with your high velocity. So what is the meteor thing? If your structure is a meteor, it would not just crush structures, it would burn them, causing pandemonium. But let's say someone said "Oh, I'll just go into space, turn around, and go back to Earth." No.

If you go into space, the following could happen. And if you turn around... these could happen And here we are landing... kinda

And now you get it.

This is a small one. Your pill-shaped time machine is a meteor, and you would burn to death because of the heat inside the structure. Air conditioners won't do, because your time machine would be about 3,000 degrees Fahrenheit.

Part 5 (I promise, this is the last one)

You solved all 4 parts, but this one is probably one is the hardest one to do. (I don't know what the name is, I'll call it change-time)

If you go too, let's say, at the World Trade Center, the date 9/10/01, the day right before 9/11. You could potentially alter history be doing one thing.

Then, when you come back to your time, Washington D.C. and New York City would be much, MUCH different.

Moral: Don't time travel it's not worth the risk.

Does anyone know how to solve this? If so, put it in the chat.

First, you have to try to get a special convex or concave lense and make a telescope. Make sure it is as fast as a mirror and aim the mirror and telescope binded together into space and put another mirror far away in space, or add a special type of chemical which reverses this effect. This will reverse the light and cause the light to come back twice as fast as the speed of light, causing you to be able to see 2 years back in time per lightyear away the exterior mirror is.

So you know that the relection of light from a mirror is as fast as the speed of light. But the thing is, if you try to go faster than this, you can see back in time. What I meant was that you had to put a mirror into space and make it reflect back to your telescope's lense. But once the light comes back, it will be slow enough that you will be able to see 1 year into the past.

Surprisingly enough, this already exists on Earth. For example, look at the sun. Right now, you are seeing the sun as how it was 8 minutes ago, as it takes 8 minutes for the sun's light to travel to earth. Which means if the sun died all of a sudden, we would still have 8 minutes to live.

I once heard that a person was arrested and he told the authorities he was from the future and had time traveled and then the next day he just disappeared...

SirPhilippines
+1
Level 50
Dec 22, 2020
haha :)
Baxtergrad
+1
Level 51
Dec 22, 2020
I’m just sitting here worried you didn’t acquire proper rights for the comic
Baxtergrad
+1
Level 51
Dec 22, 2020
But anyways, the last time I time traveled, I went back in time to get me started on JetPunk way earlier. You can see the effects, such as JetPunk being great.
SirPhilippines
+1
Level 50
Dec 22, 2020
It has been changed :)
Baxtergrad
+1
Level 51
Dec 22, 2020
I see
SirPhilippines
+1
Level 50
Dec 22, 2020
All the images are on creative commons licenses.
GeoPhilia
+2
Level 57
Dec 22, 2020
Very interested blog. To the part 5, what I think can be the solution is that if you somehow prevent 9/11, the timeline of this universe gets disturbed, leading to creation of a new alternative universe, where 9/11 never happened. And, if you come back to present time, you are back in the original universe, but if you decided to stay there, you will be in an alternative universe then. Probably several people in future will decide to go to past to stop some mishaps, and everytime they do so, they create an alternative universe which is free of that mishap. Someone might have went to past to stop Hitler from taking over Germany, leading to a very different world, or probably, we are living in an alternative universe where someone from future decided to stop a thing which indirectly led to Hitler taking over Germany creating new universe and people from future of this universe will try to stop Hitler creating another universe... But who knows
NeilVedwan
+2
Level 51
Dec 22, 2020
Parallel Universes!
SirPhilippines
+1
Level 50
Dec 22, 2020
I thought of that, but that would also ruin every other time travel. You guys are all going into the same universe, right?
SirPhilippines
+1
Level 50
Dec 22, 2020
Plus, you can't do your homework
DarthKnight
+1
Level 35
Dec 22, 2020
What about paradox's? LOL {Look up the banana cream pie paradox...Very good!} LOL (Also very good blog today sir) :):):):):) and Merry Christmas and a happy new ear to anyone that celebrates it!!!! and or Hanukkah
SirPhilippines
+2
Level 50
Dec 22, 2020
Thanks :) :) :) :) :) :) :) :)
DarthKnight
+1
Level 35
Dec 22, 2020
Sure thing :):):):):):):):):):):):):):):) I hope my other comment makes sense to you! :) lolololololollolloloooollll
DarthKnight
+1
Level 35
Dec 22, 2020
It is kind of weird to think that technically speaking we are currently time-traveling. All of us and everyone in the entire world that is alive and or dead. Everything including the animals, plants and technology are all time-traveling. It all because time is constantly changing. So anyways technically we are always going in to the future and the term {Present} should not even exist. Also no one person and or other living will and ever have went back in time. I'm assuming... lol
MG17
+1
Level 28
Dec 22, 2020
I have 2 time machines. Seriously! Its names are clock and watch 🤣💦🤣💦🤣💦
Baxtergrad
+1
Level 51
Dec 22, 2020
You mean you don’t have the third model, Sundial?
MG17
+1
Level 28
Dec 28, 2020
I born in 2009! I’m not Egyptian! LOL
WashingMachine
+1
Level 57
Dec 22, 2020
Very nice blog!
Cbear8
+1
Level 60
Dec 23, 2020
I have actually thought about #5 a lot. And i have come to the conclusion that everything you do now alters the future but if you go into the past it might be a different future than you are used to. What i'm trying to say is that your actions have consequences but since they are new, it is normal.
Jetpunker180
+1
Level 54
Dec 24, 2020
I think if man go back to history he will be trapped because the men will do same thing he did before going backwards he will again make time machine and again will go back to History
Jetpunker180
+1
Level 54
Dec 24, 2020
Is there proof that Afghanis attacked world trade center
SirPhilippines
+1
Level 50
Dec 27, 2020
No, I’ll change it.
Jetpunker180
+1
Level 54
Jan 11, 2021
Thanks
NeilVedwan
+1
Level 51
Mar 15, 2021
You CAN technically time travel. Pretend you are on Little Diomede. You can go to Big Diomede in 10-20 minutes, and you would have TECHNICALLY, TECHNICALLY time travelled 23 hours 40 minutes-23 hours 50 minutes.
SirPhilippines
+1
Level 50
Mar 15, 2021
Should I say at any time?
User Blogs
:: SirPhilippines's Blog
:: This Blog
Countries of the World Quiz
US States Quiz
World Map without 20 Random Countries
12 Months in 15 Seconds
NBA Basketball Teams Quiz
NFL Football Teams Quiz
U.S. Presidents Quiz
Countries of the World with an Empty Map
Fast Math - Multiplication Quiz
U.S. States by First Two Letters in 30 Seconds
World Map with Random Merged Countries
Major League Baseball Teams (MLB)
Countries of Europe - One Minute Sprint
Central America and Caribbean Map Quiz
UK Cities Map Quiz
Random
Top Today