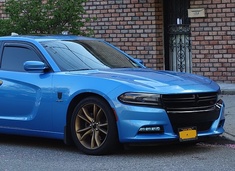 Advertising: Is It A Waste of Resources?

Advertising is all about making heads turn, even if the necks are sore. The greatest criticism of advertising is that it is a waste of resources. I'm going to take you through a couple of brief arguments against this notion.

First of all, we must define clearly for ourselves what constitutes waste. When a layman says something is a waste, he/she means that the good/service in question was not needed by him/her at that point in time. This is, however, a vastly uneconomic definition and demonstrates a general lack of understanding of the point of advertising. If advertising did not exist, most of our favorite brands would not exist. I'm writing this on an HP laptop right now.

I love HP. But how did I get to know about the existence of such a wonderful company in the first place? It's hardly like I randomly chanced upon an HP and bought it. They went out there, advertising HP laptops, clearly letting consumers know why they thought their product was the best, and why we should believe it too. Let's take Samsung as an example. Their advertising strategy is this simple: stick the Samsung name in pretty much everyone's face, pretty much everywhere. And Samsung is one of the most popular consumer electronic companies today.

So let's forget all about examples for a while and stick purely to the economics of advertising. What is the actual point of advertising? Why does, say, a Samsung or an Apple or any other company in the whole wide world want to advertise? And why do consumers tend to buy products that are advertised? Advertising is not about letting you know that you need something. I'd go out there and buy salt regardless of whether they had ads for it or not. But advertising is about making you think that a want is a need. For example, let's say I wanted a Dodge Charger (forgive me, my taste in cars is horrible but I didn't need a Dodge Charger (matter of fact, I don't, I can buy a Charger or a house). But Dodge went out and advertised the Charger. And people bought the Chargers. All skillfully-made ads make you think your want is actually a need. Advertising is, in fact, as closely related to psychology as it is to business.

So, then, would it be a waste of resources if someone advertised something? No, from an economist's perspective. If I saw an ad for a Charger and I bought it, I have fulfilled my want for a Charger. Anything that helps me fulfill my wants, as per an economist at least, is not a waste of resources. And on both sides, the ad makes people happy. The Dodge sales rep who closed the deal is happy because he's earning kickbacks on every Charger he sells. Dodge overall is happy because they earned money on that Charger. I'm happy because I have a Charger. From the sales rep's perspective, this was not a waste. Dodge does not think it is a waste. I got in a car crash and cannot think much of anything now (just kidding). So the ad was not a waste of resources. It made everyone involved happy, fulfilled everyone involved's wants, and thus was, in fact, optimal use of resources.

Just to completely convince you I'll put in one last example here. I have an old (ancient actually) water heater with me which I cannot run at an optimal expense anymore. And then I heard about this new, great, instant water heater that would reduce my operating cost per use by, say, two dollars. So I'd buy the water heater. And it's a cycle when you think about it. This heater will grow old, and then I'd see an ad for an even better one, and I'd buy it. So the ad, in this case, has assisted me in optimizing the use of these resources.