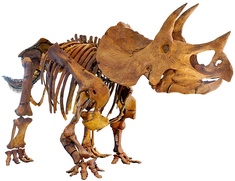 What if the Dinosaurs Still Existed? - #1

I created this blog with no references to share what I know and think what would've happened.

Technically, because I did get the images from Wikipedia and used Google to get dates ;v;

What Are Dinosaurs Anyway?

Well, for starters, dinosaurs were a diverse group of "reptiles" that appeared on our planet in the Triassic Period, then mysteriously were wiped out in the Cretaceous. The birds on our planet today are avian dinosaurs, being related to these beasts.

Some dinosaurs like the the Microraptor were among the smallest of the non-avian dinosaurs, adult specimens being at around 2.5 ft long (with tail). Other dinosaurs like the Giganotosaurus were extremely huge, being up to 43 ft in length (with tail) and are larger than the Tyrannosaurus Rex. Some dinosaurs are armored or plated, like Stegosaurus with 17 to 22 plates and flat spines jutting out on its back and tail.

A depiction of an Argentinosaurus

What Caused Them To Go Extinct?

We believe that a large meteorite crashed into our planet and changed the climate conditions so dramatically that no dinosaurs could survive, but to where the early mammals could.

For instance, say, a giant rock hit the planet in a spot that hit off the coast of present-day Mexico. The spreading fires from the impact released gas and ash into the air. Large tsunamis spread from the impacted spot, reaching the far corners of the earth. The meteorite breaks into many pieces, then those pieces shower the earth with fiery fragments. The planet shook and lurched from the earthquakes that threw the animals around. Rocks, dust, and ash from the sea where the meteorite hit rose into the atmosphere, heated, and turned into a hot, liquid substance, the rained down. Fifteen trillion tons of ash is released into the atmosphere, causing a cloud of ash and dust to engulf the entire planet. This causes the sun to disappear from our sky and makes photosynthesis impossible, which is key for producers to make food and oxygen. Welcome to Venus, animals- just kidding.

What I'm trying to say is that things got really chaotic. Long story short, the meteorite was angry, the dinosaurs went extinct, the oceanic food chain collapsed like a house of cards, then the fireball, or so called, "earth" freezes. How the tables have turned.

Well, What If History Said No?

In that case, it would definitely impact us and the life on our planet. Perhaps, then, the blue whale wouldn't be the largest animal in the world, eh? I mean, turtles, ancient crocodile ancestors, and some "flying dinosaurs" could've survived and evolved into modern-day turtles, crocodiles, and birds. Larger mammals had only begun to appear around 15 million years after the meteorite impact. Yes, some dinosaurs still survived, but they don't look like avian dinosaurs today.

If the meteorite magically swerved its path and went to say hello to Venus instead, then the dinosaurs would just keep doing their own business. Hold on, I wanted to mention that the climate would just be warm. No ice caps yet, Pangea would just be a bunch of beaches, rainforests, and grasslands, and it would still be like that when the supercontinent started to break up. This made the dinosaurs unadaptable, but yes, they would still evolve. You guys may be saying, "Facter, what does this have to do with the heading?", I'll show you what I mean.

If the history still held the middle finger to things like supervolcanoes and other meteorites and the dinosaurs still existed, what would happen in the Ice Age? Oh, ok, history still says no to that. So let's say the most dinosaurs survived, but the only ones who were wiped out were Iguanodon, Tyrannosaurus Rex, Argentinosaurus, Albertosaurus, Carcharodontosaurus, Segnosaurus, and Edmontosaurus. That way, dinosaurs still exist. 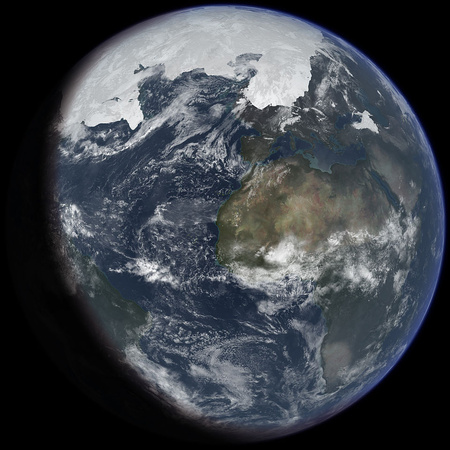 Dinosaurs During Our Evolution 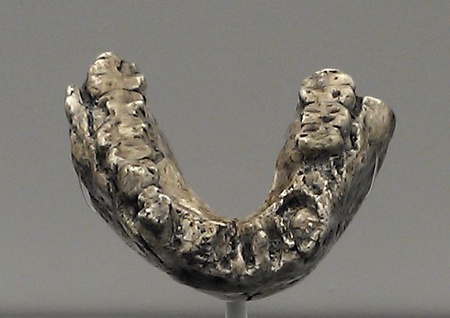 Jawbone of an Australopithecus afarensis 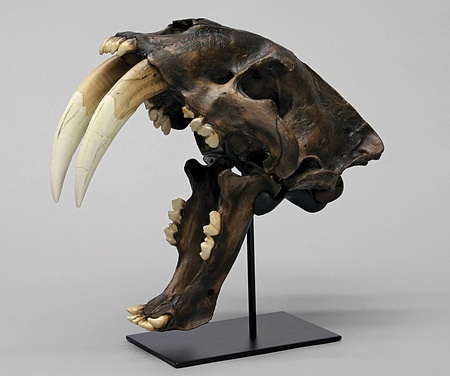 Skull cast of a Smilodon or Saber-toothed tiger, one of the various mammals that lived during the Ice Age

When the mammals existed while also when the dinosaurs existed, mammals were only small creatures to be eaten as food. This made the animal kingdom to rise after the Cretaceous-Paleogene Extinction. One of our first ancestors appeared 5 million years before the Ice Age and lived for another 1 million years. This primate is called Australopithecus afarensis, a name I don't even want to try to pronounce. Seriously, I know we need a way to identify animals but why call them by their scientific names?

Our intelligent ancestors nearly went extinct during the Ice Age, but mammals are more adaptable than reptiles, one basic difference, because if being warm-blooded. Although, raptors like the Velociraptor have proof of having feathers because of small holes in their bones which can help them keep warm during the deep freeze. Our species would probably evolve a bit slower but still be as intellegent. We could have even domesticated herbivorous dinosaurs or maybe some small, acute carnivorous dinosaurs like a Velociraptor, and no, this is not Jurassic World: Ice Age.

After the Ice Age, our evolution would speed up a little bit, and so would the dinosaurs. We'd start to have more evolved versions of the dinosaurs in the late Cretaceous. Maybe we'll be able to see a Jdhutcajraptor sometime, who knows?

Depiction of a Gallimimus

Depiction of a Kentrosaurus

Modern-day avian dinosaurs would still have a huge impact. There would be many new dinosaurs for us to study, we can reserve them in zoos, etc. However, on the "flip-side", some people may poach dinosaurs and sell things like feathers, teeth, claws, horns, plates, etc. Habitat loss and climate change may also affect dinosaurs as much as animals in rainforests with the same problems. The Gallimimus in the picture above lived in Mongolia, where an animal like the Gobi bear would hunt it. Kentrosaurus, the dinosaur on the right would live in Tanzania, and be hunted by anything, since the African leopard is smart enough not to impale itself by the Kentrosaurus's tail.

Having dinosaurs present today could make yearly deaths increase a bit, but it can also tell us how amazing nature can actually be.

Dinosaurs are cool and diverse reptilians that roamed the earth millions of years ago. We will never truly learn everything about these animals, but we can still hypothesize new ideas to boost our understanding on these animals. If the meteorite had hit somewhere else or never hit the earth, our species may have died out of some cause, or maybe we would just be weency little unintelligent creatures today.