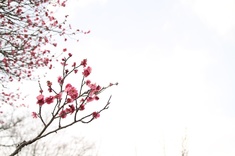 The Best User Quizzes of March 2020

Two months ago, one of the users running HinesBrothers made a blog of his favorite quizzes of the week. I thought this was a great idea, and as he said he wasn't planning on making others, I decided to step in and make a monthly blog of the same style.

A reminder: this only includes quizzes which were made between March 1 and March 31, 2020, and were not featured as of March 31. This is also my opinion, meaning the quizzes I chose are obviously biased towards my interests. Only one quiz per user will be allowed in the top 10, but users can have multiple honorable mentions.

Category Elimination quizzes are always enjoyable, but of the ones released this month, this one stood out to me more than the others. I personally enjoyed this (and its other continent equivalents) more than even those on a global scale, because the questions were able to be much more specific and I had to think about my answers a lot more. The only drawback was that it only included countries - and countries are fairly easy to make a quiz about. So it gets 10 points for fun, but it lacking a bit in creativity.

A quiz with a great map is almost guaranteed to make it on this list, and this map was on another level, especially with the addition of text in the names of the stations... just wow. The only reason this quiz isn't higher on the list is because I got a whole zero answers and have no idea what the stations of the DC metro are called.

While I don't know anything about the suburbs of Melbourne, I can recognize a great map when I see one - and this is an example of an amazing map. Both of missa's two quizzes haveincredible maps - I can't wait to see what other brilliant content (s)he makes.

This quiz was tough, but probably one of my favorites of all time. The varying difficulty of countries made the quiz entertaining and challenging, but I still felt accomplished at the end of it for getting some of the cities I did. It has all the marks of a high-quality quiz, as does most of Aaron's work.

This was a great idea, and I'm sure a lot of work went into making this. With how concerned (and argumentative) most Jetpunkers seem to be about international politics and the autonomy of certain places, I'm honestly shocked this quiz has only 15 takes. It's a long quiz, but most people won't know more than 30 or so of the answers, and it's really interesting to see some of the places which have independence movements where you never would think there would be.

#5: Name a Valid Country in Each Continent - NINJAQKk

A creative combination of a Multiple Valid Answer and by Continent quiz, I really enjoyed this - it definitely was worth a nomination. I have to say this was a lot tougher than most other MVA quizzes people make, which is a good thing.

This was a great original idea, and it was really interesting to see some of the places that share their names which I hadn't even thought about. Since taking this quiz I've been thinking about what places around the world share the names of locations I visit or hear about everyday - and it's incredible to see how much American place names take from those around the world.

This was a creative idea, and the formatting was very well done. Although I had heard of all the territories listed, the quiz wasn't too easy and the number of hints made it specific enough that it was clear what was being asked for, but difficult enough that I didn't know most of the answers right away. All in all a great quiz, and definitely worth the nomination.

I've enjoyed all the quizzes in the Name a City series, (which is suspiciously close to my Name a Valid City quizzes made last year originally titled Name Any City none of which got featured nevermind not jealous at all) but this one stood out to me because it didn't just have countries, and included other places. It was a real test of my city knowledge, to try to name the smallest, most obscure cities I knew to see if they made it onto the quiz. Hats off to Hines for stealing making this wonderful series.

#1: Every City in Alberta on the Map - Jiaozira

This isn't just high on the list because it linked to my quiz in the caveat (although that certainly didn't hurt). I'm a sucker for a huge city quiz, especially if it has an amazing map like this one. Even though I don't know many Albertan cities, this is an insanely impressive quiz and quizzes like this are the reason Jiao is my favorite quizmaker.

The quizzes that were not in the top 10, or that were made by quizmakers who already had a top 10 quiz.

Major Cities on the Danube on a Map - Nightracer

Most Populous Country by Language - Gyovhne


Some of the Northernmost Cities (with map) - Jiaozira

Match the Asian Script to it's Region Map Quiz - Jiaozira

Okay Jiao and Aaron stop being so good it is becoming a problem.

Lucknowite
+3
Level 43
Apr 1, 2020
Ay! Thanks for the mention...
Berney
+3
Level 71
Apr 1, 2020
Thanks for mentioning my "Washington Metro Stations (with map)" quiz on your list! Good to know you appreciated the map.
dug28
+1
Level 73
Apr 1, 2020
Thanks Cringe! Worth the wait. :)
Raz07
+1
Level 56
Apr 10, 2020
Thanks for the mention cringe!
HinesBrothers
+1
Level 73
Apr 29, 2020
Are you planning one for April?
CringeDragon
+1
Level 71
Apr 29, 2020
Sadly not, I didn't have the perseverance to look through every new quiz this month
Countries of the World Quiz
US States Quiz
Europe Map Quiz
U.S. Presidents Quiz
NFL Football Teams Quiz
12 Months in 15 Seconds
Countries by First Two Letters in 90 Seconds
US States by Borders in 30 Seconds
Top World Languages Quiz
NBA MVPs Quiz
Word Scramble - Countries
Top 100 Greatest NBA Players
Countries that Start with S
Ultimate Harry Potter Name Game
Flags of Europe Quiz
Random
Top Today