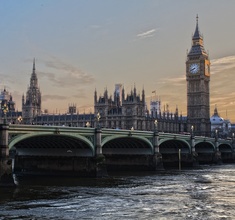 U.K. Cities by Distance from a Bigger One

Yesterday, I toiled many hours manually collecting data for the quiz, Biggest British Cities within 50 Kilometres. There was probably an easier way to do with a formula or something, but I didn't know it and just did it manually instead.

I thought people might want to have a full list of the data that I collected yesterday, so here it is:

List of British Cities by Distance from a Bigger One

Just posting a link to a quiz and a Google Sheet I thought might not be enough to be worth a blog post, so I thought we might add some other stats for statistics and geography nerds such as myself.

A few notes before we jump in:

Cities Farthest From a Bigger One

Biggest Cities Fewer than 50k From a Bigger One

Okay, these charts are taking way longer than expected to make, so I think I'll stop now.

HinesBrothers
+1
Level 69
May 8, 2020
Let us know if you have a request for the next place we spend far too many hours working on
toowise
+2
Level 70
May 8, 2020
Just had a look at your data sheet and you have Bangor and Truro nearest to themselves ...
HinesBrothers
+1
Level 69
May 8, 2020
This has been fixed
DodomaAstatine
+1
Level 50
May 20, 2020
Cool! The tables are well-formatted, so they must've taken a long time to make. You can use this tool to make tables. The tool allows you to add customized colors, formats, borders, cells, font color, fonts, and much more - and then they give you the HTML and CSS for it after creating it. You don't even need an account.
Countries of the World Quiz
US States Quiz
World Capitals Quiz
Europe Map Quiz
Africa Map Quiz
NFL Football Teams Quiz
East Asia Map Quiz
Periodic Table Quiz
Countries of the World - One Minute Sprint
Biggest Cities in Europe Quiz
Name That Fruit Quiz
Random Country to Capital
World Map without 20 Random Countries
Island Countries Quiz
Asia Map Quiz
Random
Top Today