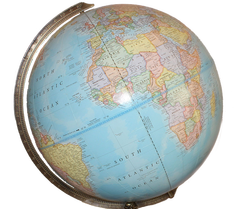 Most Taken Quizzes in 2019 by Country

Today, we look back on 2019 to see which quizzes were played the most, given a country of origin. In all tables, the % refers to the percentage of traffic in that country visiting that page in 2019. A selection of countries are provided, other high-traffic countries were excluded as their results were identical to a larger country (e.g. Australia was identical to UK's top 5).

Nothing too surprising here, all quizzes were made by Quizmaster, and they're staple quizzes on the site. The top User-Created Quizzes were Countries of the World with an Empty Map with 0.25% of traffic, and Brand Logos Quiz #1 with 0.17%. Not too far from the top of the board.

Very similar to the US, as you may expect, with the notable difference that the US Map Quiz has dropped from the top 5. Also notice that Brand Logo quizzes seem to do much better in the UK than US, with it being the only user-created quiz in the top 5. Once again, the Empty Map quiz was #6 with 0.25% again. So far these definitely seem to be the most popular non-Quizmaster quizzes!

Canada, at first, appears similar to other English speaking countries. However then you notice the French countries of the world quiz, where it places 3rd in Canada. This is certainly due to the large numbers of French-speaking Canadians wishing to try the quiz in French, not just English. We also get the Empty Map quiz showing in the top 5 here, rather than residing in 6th place again. The next French quiz was down in 38th place, being Capitales du Monde, showing French-speaking Canadians don't often venture far from the big English quizzes.

The first thing to note is the percentages are noticeably higher than the previous countries, suggesting that French players don't deviate as much from the top quizzes. The other thing to notice is the popularity of franchise quizzes, notably Harry Potter, Pokémon and Disney, all of which have gone viral on Facebook or YouTube over the past year. In fact, looking at the top 20, only half are Geography quizzes. A much lower proportion than in the other countries above.

A vastly different set of quizzes here, and with much higher percentages than other countries, it seems Indians don't deviate from featured quizzes much at all. They also seem to really love logo quizzes, with the first six Brand Logo quizzes all being in the top 16! Also of note is the inclusion of the India State Capitals, showing that Indian geography is of interest, not just the popular JetPunk quizzes.

Now you may be thinking, what about continents as a whole? Well here's the top 5 quizzes, by continent:

Perhaps the most notable thing here is that Europe and Oceania align exactly, but differ from Asia primarily due to Brand Logos taking more precedence and differing from the Americas due to the US influence. Also of note is the influence of French in Africa, where 2 French quizzes made the top 5, including Harry Potter! That quiz, along with Brand Logos, were the only non-Quizmaster quizzes to grace the top 5 of the continents.

It seems abundantly clear that Countries of the World is, expectedly, the overruling winner for almost everybody. The only difference is when a non-English language is available such as French, or a quiz gets insanely popular like Brand Logos in India.

If you liked this blog, you might find these quizzes of interest:

Jiaozira
+4
Level 66
Jan 29, 2020
Great work, wish there was a way to like/upvote blogs on Jetpunk :P
Stewart
+3
Level 68
Jan 30, 2020
Thanks! Sadly there's not enough usage of the blogs system, so there's little incentive to do anything more with it :(
Raz07
+3
Level 56
Jan 30, 2020
I think it would be cool if there was a live stats system for jetpunk where you could see how many users are online and from what countries. But it would probably be too much work for the quizmaster.
Devvik2
+3
Level 62
Jan 31, 2020
The Harry Potter french version has so many takes and is not featured woah
Countries of the World Quiz
US States Quiz
Fifty States in One Minute
Europe Map Quiz
Fast Typing A to Z
Countries by First Two Letters in 90 Seconds
NBA Basketball Teams Quiz
Fast Typing 1 to 100
Countries that Start with L
Countries that Start with U
Ultimate Harry Potter Name Game
Asia Map Quiz
Top World Languages Quiz
East Asia Map Quiz
Letters of the Greek Alphabet Quiz
Random
Top Today