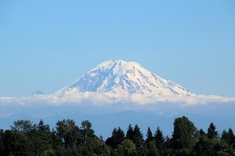 This was just a silly idea I decided to do. Tell me if you want more!

Reporter 1: Welcome back to Grandese News fellow Grandese, my name is Tommy -

Reporter 2: And my name is Bill!

Tommy: Today we are seeing a new trend in JetPunkLand. Regular citizens from across the Story Stage, Blogging Kingdom, and beyond have gained a so-called "sudden call to pride" as they rush to become soldiers for JetPunkLand, eventually hoping for Admiral Vedwan to admit them to the royal army of GrandOldLand!

Bill: That's right Tommy, and one interviewed young lady from the Quizzing Kingdom reports that she had witnessed a call-to-action after spending three years of her life humbly making quizzes.

(Camera switches to a female news reporter who clears her throat)

Diana (Talking loud over a busy crowd): Thank you Tommy. If you can see behind me, I stand before a bustling intersection in Northern Quizzing Kingdom. People of all ethnicity are coming here to proudly support the country- and it's quite a sight! One man who I had interviewed earlier in the day said that his parents came from Australia and Norway, meeting in JetPunkLand where he had been born. An unlikely mix, but Admiral Vedwan accepted him with a smile.

Bill: Speaking of Vedwan, have you talked to him yet?

Diana: As a matter-of-fact, I have! Though today presented lots of work, he seemed pleased with the amount of traffic that had resulted in such. Vedwan says he is excited to return home to the far side of Quizzing Kingdom on the weekend to make quizzes and spend time with his family.

Tommy: The weekend? Catch that JPL folks? Register by the weekend if you have hopes of making it through! Thanks Diana, we'll be right back after the break.

(Ad pops up; voice is speaking over a scene of flashing battle pictures; dramatic music is playing in background)

Voice: Pride. Courage. Respect. These men possess all of these traits as they are seen rushing into the battle without hesitation, thinking of their families and yearning for victory. They are heroes. Learn what it takes to be a true Grandese by registering for the Royal Army of GrandOldLand.

New Voice: This is Grandacola. Centuries ago, your leader decided he needed to make the perfect tasting yet most healthy drink for his family. Brewed in the heart of British Columbia, Grandacola has never failed to surprise its customers. If you don't want to shop at any of the hundred conveniently-placed stores near you, than we have contactless in-store pickup so you can buy this lovely drink. All of our employees follow COVID-19 guidelines. Why do any of this? Because we care about our customers.

Viking: BECAUSE WE CARE!!!

(Back to news. Both Bill and Tommy are giving off chuckles.)

Bill: It is a great drink, right Tommy?

Tommy: Of course! And on a gracious note, we just received word that all COVID-19 cases left within GOL have been eliminated!

Bill: After hundreds of deaths within the nation, the virus is finally contained down to vaccinated people. We feel for the thousands who lost a family member, a friend, or a loved one.

Tommy: Also, updators released a new blogging update! Blogs have jumped and quality, and I'm getting quite jealous. Aren't you, Bill?

Bill: OH YEAH! Well, that's it for this week's news but stay tuned because we are the -

Tommy and Bill: GRANDEST OF THE GRANDEST GRANDESE NEWS!

Thanks for making it to the end! Oh, and don't forget to register for the Grandese army and drink some Grandacola...