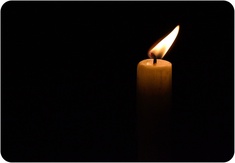 The Tales of GrandOldLand #3: The Siege of Southeast Asia

Take the new modern-day countries of GrandOldLand on a map quiz, made by GOM himself! (It should be updated after this)

Note: Events are completely fictional. Some lines will have Grandese on the left, and English on the right.

(GrandOldMan is laying down in a hospital bed, coughing. A frightened doctor stands as far away as possible while still holding a cold rag-towel over his forehead.)

(Doctor quickly sedates him while he rants on)

In Asia...countries are in an "important" discussion

Republic of the Philippines: We finally broke into the capital and conquered the rest of Luzon!

Tibet: China, you would be ten times smaller without us.

China: What is this?!?! We must ban Justin Timberlake and Justin Bieber and all the other Justins in the world for no reason!

Laos: Why Taiwan? 'Cause your too stupid to be communist?

In a meeting back in JetPunkLand...

Soldier: Sir, we caught him trying to type more than 30,000 characters on his blog post. His name is MG17.

King Blogger: 'Tis not a crime. And what is thy name, soldier?

King Blogger: Felix, I wish for thee to do two things. For one, take this blogger to the admiral here in JetPunkLand. I have seen great blogs from MG17, and I'm sure he would make a find soldier under GrandOldLand. Second, thou shouldst go to Update University and politely ask Stewart to make a major update to blogs so that thy people do not have to go to Coding College to make them. Perhaps say something like blog characters should increase to 50, 000 characters.

King Blogger (Handing Felix a badge with the official blog seal): With this, they will.

(Felix gives a quizzical look before switching to an expression of understanding. However, he turns around when King Blogger calls him yet again.)

King Blogger: Felix! When thou meetest Admiral Vedwan, ask of him to recruit every person who wishes to fight.

GOM has finally recovered, and he is in a meeting with felicitators

Felicitator: How dare you say the c-word!

Felicitator: You just said it again!

GrandOldMan: Congrats isn't the fake version of felicits. I'm pretty sure it's the other way round.

Felicitator: It's not! Felicits is the only appropriate way to felicitate someone. You cannot use the c-word.

GrandOldMan: There's nothing wrong with the c-word!

Felicitator: There are many things wrong with it! It's disgusting! It sounds bad! Everything about it is wrong! Never use the c-word in front of a felicitator!

(A tall man walks in. He is wearing the same uniform as the felicitators.)

(All felicitators in room gasp)

(A similar-looking male walks in)

New Guy: Sticilef! Neil and I have arrived with pleasant news. The leader of Pandoria has arrived!

(Leader walks in. GOM waves off the felicitators, who leave with angered expressions.)

GOM: Tell us a bit about yourself and country!

Leader: Well, Pandorian culture has been around for centuries. Our people was different from the others, and we were the first to sail from the Indian Subcontinent to Ceylon, or present-day Sri Lanka.

Leader: Not to much longer the current group of Sri Lankans arrived and fought us off our island. For the next few centuries, we migrated across the world, from Egypt to Indonesia to Korea. Eventually, we found a perfect plateau to settle in. This plateau was in Anatolia. Fast forward thousands of years, and the Ottomans take over our territory and make us a state. Despite their good treatment, our population could no longer live comfortably within the walls that they had confined us in. After their collapse, we swiftly took over major Mediterranean islands like Crete, Corsica, Sardinia, Sicily, and Euboea before the others could. When the Ottomans first annexed us, we were forced to have one leader instead of many. That leader was the best of the best, called a Pandora. I am the forty-ninth Pandora, therefore giving me the common nickname of Pandora49. When I became leader, I gave a vow to protect my people at all costs. Yet, the Empire of Turnbacktwo threatens our biggest island by both population and area, Sicily. They wish to turn us into nothing more than colonies. So I have told you the story of our country, and now I ask you, GrandOldMan, if I help your people will you help mine?

Republic of the Philippines (ROP): So the alliance is official?

ROP: Okay, I believe you, but don't you dare ever betray us to the Philippines.

Malaysia: Trust us, we won't.

ROP (Smirking): Good. After I finish setting up bases in Luzon, we will conquer the rest of the island chain.

Pandoria (Quickly): Hello, dear cousins. Our army is going to India to pick up resources and we figured we would spend the night here along the way.

Indonesia (Skeptically): But why did you bring your whole army just to pick up resources.

(All face Pandoria with arms crossed)

Pandoria: These aren't just normal resources. We are preparing for war against the Empire of Turnbacktwo.

Indonesia: Of course you can.

(Inside a temporary camp on Java)

Pandorian Soldier (Pandar) 1: Sir! The clock struck midnight! Should I prepare the troops?

General: Have you received word from the Grandese?

Pandar 2: We have, sir. Their army is in Singapore waiting for us to be ready. Then they will advance on to Malaysia. The Grandese say that if we don't keep the element of surprise tonight, even more will die than their war back in JetPunkLand.

General: Well don't just stand there! Wake up the troops lieutenants! Afterwards, tell the Grandese we are ready.

GOM (Completely in his face): I said, GET UP!

(The soldier remains completely unresponsive. GOM yanks up the covers and sees a well disguised blood stain over his chest. A speaker nearby is playing the snoring sounds.)

(General Toro walks in with a saddened face.)

Toro: Half our army has been killed in just a couple of hours. I believe there is an imposter among us, sir.

(Man with broad shoulders who wields a vibrating sword walks in)

Broad Man: Indeed. I had great insight on your plans to take over Southeast Asia.

Broad Man: I am the secret weapon of the Republic of the Philippines, trained only to find and kill. What happens next? Guess!

(GrandOldMan and Toro perform a formal death song to the Gods)

GrandOldMan: I was old and only....

Toro (Slapping GOM): That's not how the song goes you idiot

GOM: No, I'm actually in pain.

(Toro glances up and sees GrandOldMan is literally glowing. Eventually he fades away and...silence. Tony is gone, and all soldiers on the ship are in perfect condition.)

Toro (Sighing): The Leondapou has begun! Soldiers, the Gods have given us Southeast Asia! Next however, we must find GOM and finish the deal we have made!

If you are confused, no worries. It will make sense next time in The Pact of Pandoria. I had a lot of elements and people to add in this story, so I got carried away and this just got longer and longer. I hope you enjoyed!

ClutchNferno
+1
Level 58
Apr 20, 2021
A collection of hilarious Dream Shorts videos that take one minute of your time each:

lol, I promise on my life these are not rickrolls

Also, can we be in it if there's ever action on the east coast? If not, that's fine.

GrandOldMan
+1
Level 51
Apr 21, 2021
I think I've captured all of the US except for the east coast, so that wouldn't be a bad idea...
JWatson24
+1
Level 66
Apr 21, 2021
@HinesBrother, if you want, you can just be anyone in the story. Like, you don't have to be bound to where you live--I'm a privateer in the Mediterranean now even though I live in Pennsylvania and have never set foot in southern Europe/northern Africa.
ClutchNferno
+1
Level 58
Apr 21, 2021
Like JW said, you can be anywhere. However, in the fifth one will be the Annexing of America, so I think if you want you can be on the East Coast. If you found this one interesting, than you can find funny national songs in #2, which is still my favorite. Talking about this, I think I need to go back and read #1 which might be embarrassing.
HinesBrothers
+1
Level 73
Apr 21, 2021
Okay, I read #1 and #2, both of which were very good. If you want to put us somewhere other than the East Coast, that's fine, we're indifferent. I just said the East Coast since it would be most logical for us to appear there.
NeilVedwan
+1
Level 50
May 6, 2021
I'll be - President of Jerseyland
turnbacktwo
+1
Level 38
Apr 21, 2021
Pandoria's battle against my European side of Italy, UK, Ireland, Spain, A bit of Portugal and Belgium

My soldiers have a cool army

YakosaysB0T5WANA
+1
Level 43
May 4, 2021
I want to be included
turnbacktwo
+1
Level 38
May 7, 2021
Next blog?
ZooTuber3000
+1
Level 47
May 7, 2021
Can I be involved in the story? I really don't care in what role or when it actually happens (as long as it's not a year from now), but having my own country would be kind of cool ...
ClutchNferno
+1
Level 58
May 7, 2021
Yeah.
ZooTuber3000
+1
Level 47
May 7, 2021
Ok thanks
User Blogs
:: ClutchNferno's Blog
:: This Blog
Countries of the World Quiz
US States Quiz
Countries by First Two Letters in 90 Seconds
Africa Map Quiz
U.S. Presidents Quiz
NFL Football Teams Quiz
World Map without 20 Random Countries
Countries of the World with an Empty Map
General Knowledge Quiz #7
Biggest Cities in the United States
Major League Baseball Teams (MLB)
Word Scramble - Countries
Disney Animated Characters
UK Cities Map Quiz
Two Letter State Abbreviations Quiz
Random
Top Today
The Tales of GrandOldLand
Story