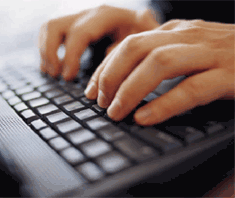 How to Use Type-Ins Effectively

On JetPunk, we have what's called type-ins. These use regular expressions to pattern-match what the user has entered into the text box against set expressions. For example, the expression might simply mean "type DOG exactly", so the user would have to type in the word "dog".

At this point it would be good to mention that JetPunk is not case sensitive, meaning that "AlpHa" is considered the same as "aLPHa". This is useful since we don't have to distinguish between capital letters and lowercase.

When creating type-ins, for many answers an automatic type-in will be loaded by default. This is mainly for common answers like Countries, Cities or States, though there are many others on there also. If it is not one of these common answers, then JetPunk will simply suggest a type-in base on the letters, such as a "y" at the end of a word will have the type-in "(EE|EY|IE|Y)" suggested. We'll go through what that means later.

There are many simple ways to add type-ins to JetPunk answers. For each answer, you are presented with three options: "Auto", "Custom" or "Exact".

Since the other two have no customisations, only Custom is worth discussing in detail. When selecting Custom, you'll notice 4 options appear at the bottom of the box:

Overall, getting started with type-ins is pretty easy, but actually making type-ins which match against many possible guesses is more useful. For example, you'll never be able to add every possible misspelling of Kyrgyzstan using the first 3 above, for that we need some more powerful tools.

RegEx is short for Regular Expression and refers to a near-universal tool in programming that allows you to pattern match text against cases. We will use a simplified version, since many of the features of RegEx are not useful or available on JetPunk. For example there are characters used to pattern-match on some symbols, but this is useless since the answer-box on JetPunk accepts only alphanumeric input (letters and numbers).

There are 4 different "tokens" that are useful to us:

We will go through what each one does, with examples, and then combine them together at the end.

Character Classes define a set of characters to be matched against. These are defined using square brackets [ ]. On their own, they will only match against one letter at a time within the letters between the brackets, called the class.

Anchors are used to define where we should match against. There are technically 3 anchors that we use:

You'll notice these 3 options line up with the JetPunk options mentioned above in the Simple Type-Ins section. The downside to using those 3 options is that you can't use any other Regex within them, only plain letters and numbers.

I think this gives you an idea of where you could go. It's easy to see that using a ^ and $ in the same answer would be rather pointless in JetPunk's case.

There are 3 main tokens here which are useful for JetPunk and one additional one which is possible to use, but I can't see a use for it particularly.

The extra one is *, which matches against 0 or more of the preceding token. Which is plausible to use, but as I mentioned I can't think of a practical use for it.

Some combinations are not valid, such as ?+ since this logically does not make sense, also +? is valid, but does nothing different to + anyway.

An example of that star token mentioned would be ^MI*NE which allows matches such as "MNE", "MINE" and "MIIIIIINE", since these all contain 0+ I's in the middle. Again this can be done in JetPunk, but I've yet to find a practical example for it.

Lastly, capturing groups utilise normal parentheses ( ) to group characters or tokens together. This means you can apply all the previous tools to create any type-in you wish now.

As you can see, in combination these can be very powerful tools which can provide very useful type-ins for for quiz-makers and quiz-takers.

The point of type-ins is to provide an easier way to match against possible user answers. Yes, it's possible to just type every possible spelling somebody may input as the answer, but what if you miss somebody's way of misspelling? And why do that when we can simplify them?

If we go back to our example of Kyrgyzstan:

This type-in does wonders since nearly everybody spells Kyrgyzstan incorrectly in a different way at some point. This type-in was made by stripping it back to what it needs to be the word Kyrgyzstan, which means it needs to start with K, then either I or Y followed by RG. We also want it to end with STAN, which all gets combined to produce the type-in shown above.

Finally, many users appreciate when a quizmaker puts effort into type-ins, since this makes it a more pleasant quiz to take, especially when some of the answers come from other languages or can be simply strange in spelling or formation.

Also, if you'd like to explore RegEx further outside of JetPunk to practice or otherwise, RegExr is an excellent tool for getting to grips with all the terminology and features. It is also useful for testing the more complicated type-ins!